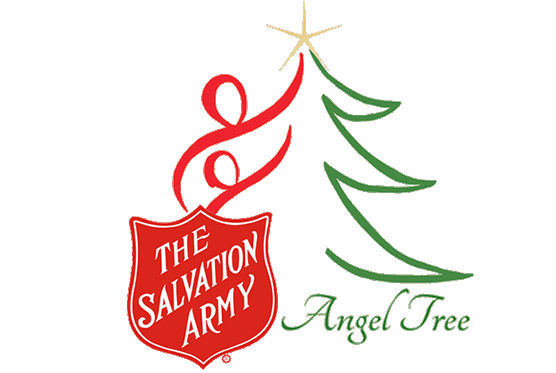 The Angel Tree is a program organized by The Salvation Army that matches up donated toys with needy children for Christmas. Anyone can donate by dropping off toys or money at designated drop off locations.

Q: What is The Angel Tree?

A: The Angel Tree is something that our student council group does. I have no affiliation to the student council whatsoever. I just am a huge supporter of it I guess. It’s through Salvation Army and what they do is they find or families seek them out that need some assistance this holiday season with getting their children, or their foster kids, or whatever the situation is, gifts. In other words making sure they have a good christmas.

Q: When did you start to get involved?

A: When I was like an elementary kiddo. I got involved with my church way back in the day

Q: Why are you so involved in it?

A: I think it is simply because I see it as now that I’m a mom, I look at it as I don’t have a lot, I really don’t, you know I’m a teacher, but I don’t have a ton but at least I have a house and I can give my kid anything that he needs or wants. Whereas I look at these endless lists of kiddos that aren’t as lucky and so it’s my little “passionate project” for every year. I want to help as many kids as I can. If I can help my one kid, I want to help hundreds more.

Q: What communities do the kids come from?

A: They come from all over the area so in terms of like Munster and Saint John, and Dyer, and Schererville, and Merrillville and I even think some come from the Hammond area so anywhere in Northwest Indiana.

Q: How many kids have you and your students sponsored so far this year?

A: Ninety seven is what the kiddos have done. My husband and I, we wait until the end to see how many [kids]  need help so we’ll probably do anywhere from thirty to forty probably ourselves this year.

Q: How much money has been raised so far?

A: Just from my classroom we’ve raised about one hundred dollars so that’s gonna reach about three more kids. We’re gonna break well over one hundred just for Mrs. Ellis’ room which I think is awesome.

Q: What is your end goal number of kids helped?

A: It’s already been surpassed. It was more than last year. Last year I only did forty five total. My end goal would be to get what student council’s goal is. Originally they pulled eight hundred; that was just what they had done last year.They want to double that this year. So they really want to do one thousand and six hundred kids. Which if you kind of think about it, it’s crazy that there’s that many children in our area that need help, it’s just mind blowing.

Q: How can students around Lake Central help out/spread the word?

A: I think when they just talk about it. Talk with their parents in terms of  just saying “Hey can we be involved somehow?” like just started the conversation at home and getting their parents kind of aware of it and their family. Students themselves can either donate money and it doesn’t have to be a lot, I’ve had just change thrown in a bucket in the classroom, they can just buy one toy, or you can do an entire kid; and that’s kind of the fun part. You don’t have to do it all by yourself. You and two girlfriends or two friends in general can go and each of you go shopping together so it’s fun, but then you each just take a toy on your own and it’s about ten dollars per person then. Or take a whole kid or a whole family or you can go the extreme end too that some people are doing which I love.