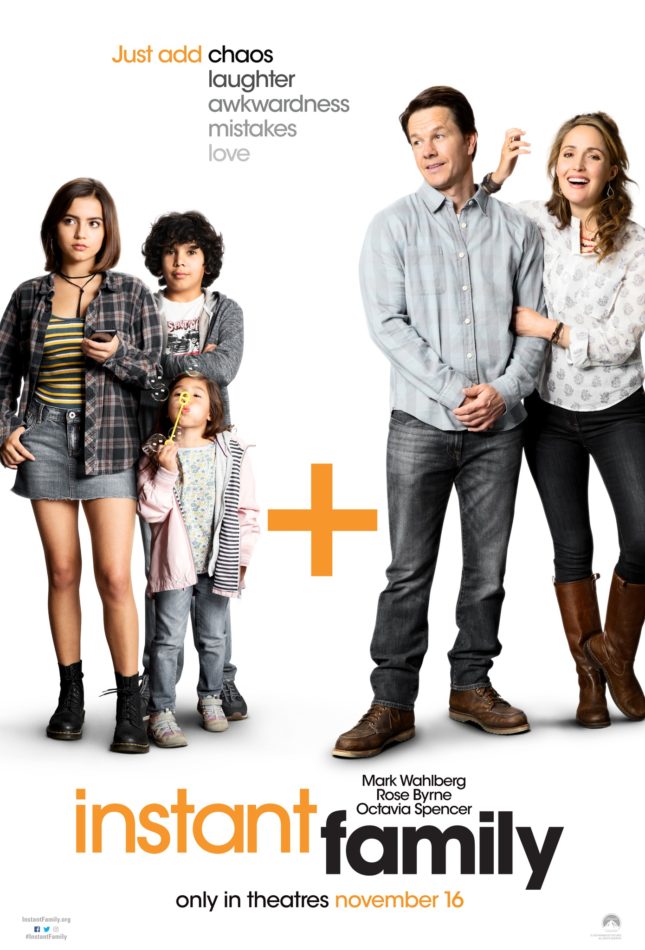 Instant Family is a movie that touches on the adoption of three children and how it changed the life of a couple. This film was directed by Sean Anders. Image source: Google

Instant Family, released on Nov. 16, 2018, explores the lives of a young couple who is looking to adopt and end up making a life-changing decision. This comedic, yet dramatic movie alludes to many serious issues such as drug abuse and its effect on children who are put into the foster system.

Seemingly, the trailer for this flick made the movie seem like an everyday, mediocre, feel-good movie. I couldn’t have been more wrong. The plot starts off with a young, married duo, Pete, played by Mark Wahlberg, and Ellie, played by Rose Byrne, who have made a career of flipping properties.

Although this decision seemed as if it was right out of the blue, the couple decided to start a family. It took some convincing, but both eventually got on board with adoption. The two originally wanted to adopt Izzie, played by Isabela Moner, upon meeting her at the adoption fair. Yet, once they were told she has two younger siblings, the overwhelmed duo was about to step back, but decided to follow through.

This movie shows the ups and downs of adopting kids and how it  changes the overall lives of the adoptees. In my opinion, this movie was an emotional rollercoaster, and it a great way. The acting of the cast was amazing and very realistic. The comedy was well-written and found a way to lighten the mood, even in the most serious moments.

When the birth mother of the children came into the equation, that’s when I knew that this wasn’t going to be a run-of-the-mill family movie. It showed the importance of responsibility and appreciation.

The movie was incredibly heartwarming and hilarious at the same time. Although it can be cheesy at times, I would rate this movie a solid 9.5/10.