Review: “The Hate U Give” 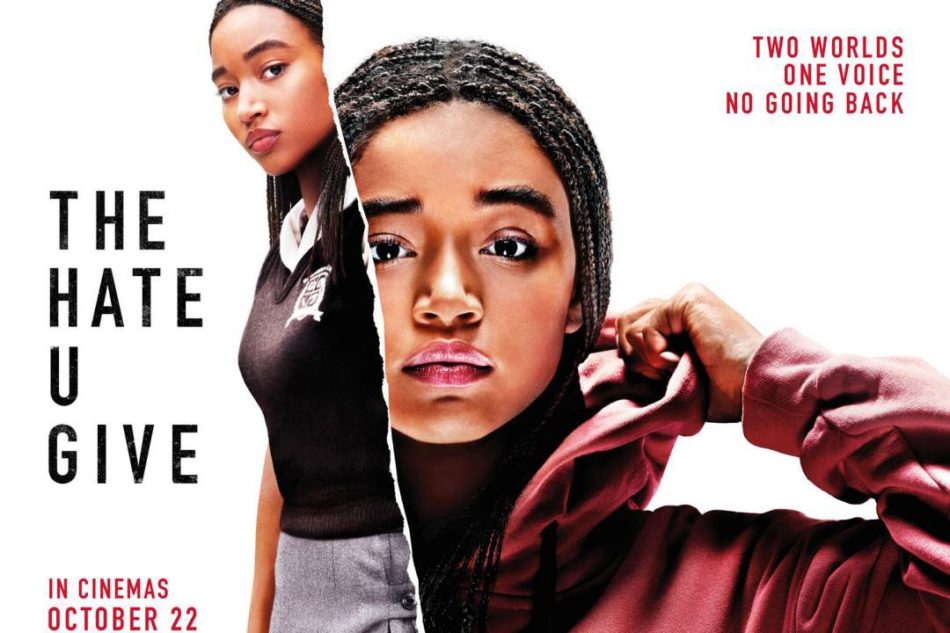 “The Hate U Give” is about teenager, Starr Carter, trying to find her true voice. The main character is played by Amandla Stenberg. Image Source: Google

“The Hate U Give”, officially released on Oct.19, 2018, is a controversial, yet very impactful movie. Based off of the book by Angie Thomas, this movie follows a 16-year-old girl named Starr Carter who is constantly switching between two worlds. One world is a poor, mostly black neighborhood in which she lives, while the other is a wealthy, mostly white prep school where she attends. Starr is drawn to activism after she witnesses the police shooting of a childhood friend. This drama/thriller film with some comedic relief discusses serious topics including police brutality and racism.

While attending a high school house party, Starr doesn’t seem to fit in and finds herself in a corner of the house. One of her childhood friends, Khalil, comes to the party and they begin to reminisce about the old days. A fight breaks out and gunshots are heard. Khalil and Starr jump into Khalil’s car and drive away. While they are driving a police officer pulls them over. Khalil and the officer exchange heated words and Khalil is asked to exit the car.  Khalil finally surrenders and gets out of the car. The police officer steps away and Khalil pulls out a hairbrush. The officer, thinking it was a gun, then shoots Khalil, killing him.

Starr, who no one knows was with Khalil at the time of the shooting, still has to act naturally at her private school on the other side of town, the rich side. Feeling sick to her stomach to have witnessed the shooting, she wants to speak, but is not sure how or if she should. As protests against police brutality and justice for Khalil breaks out, Starr is caught between keeping her “good girl, no-drama-causing” reputation at her school or coming clean as the only witness of the crime.

This attention-grabbing, tear jerking, thought provoking, conversation-starting movie will have you sitting on the edge of your chair with every twist and turn from start to finish.