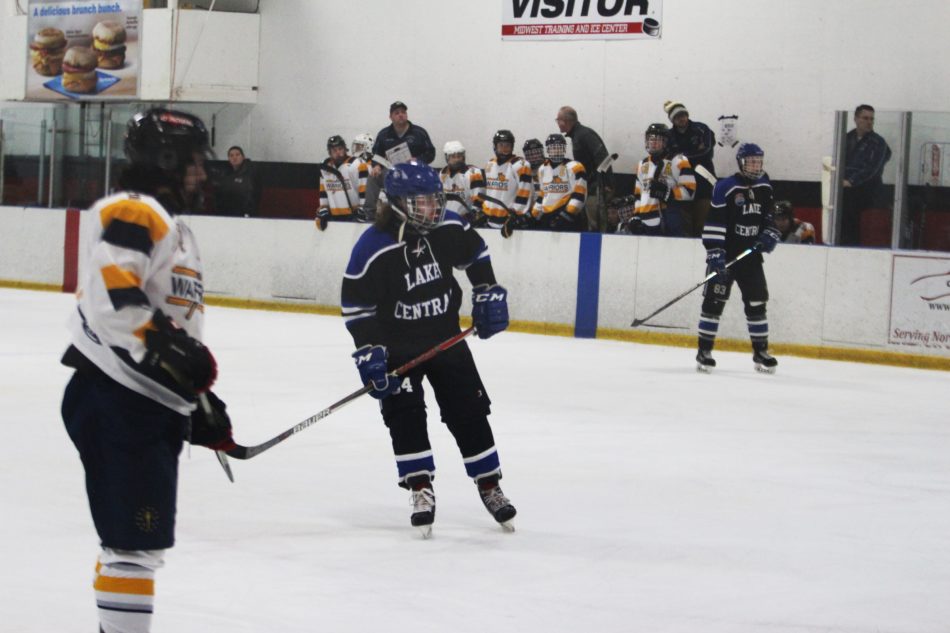 Jason Finley (11) skates towards the puck, ready to help his teammates. Finley was prepared to defend the Bishop Noll player nearby.

On Dec. 1, the boys blue hockey team played against the Bishop Noll Warriors earning a well-deserved win. The boys fought vigorously and played smart and strong, winning in the end.

“The team’s biggest strength is systems. The best part of the game was having zero goals against us,” Spiro Skiadopoulos (10) said.

The boys played hard from beginning to end, starting the game off right and continuing to play the same way all the way to the end of the game.

“The best part of Saturday’s game for me was the first goal being scored in the first couple of minutes of the period. It jump started the energy for the rest of the game,” Jason Finley (11) said.

The team played both strong defense and offense. They eventually won the game with a 6-0 win.

“The best part of the game was at the end when we were able to score two more goals and knew that we had definitely won the game with a shutout,” Jason Romer (10) said.

Brendan Kerrick (10), who plays left wing, scored twice in the game, one of which was taken away due to ‘high stick’.

“Our biggest strength is the whole team system that we run that makes us successful.  The best part of the game was just beating our opponent,” Kerrick said.

The boys played hard and fought for their win, playing strong all the way through.