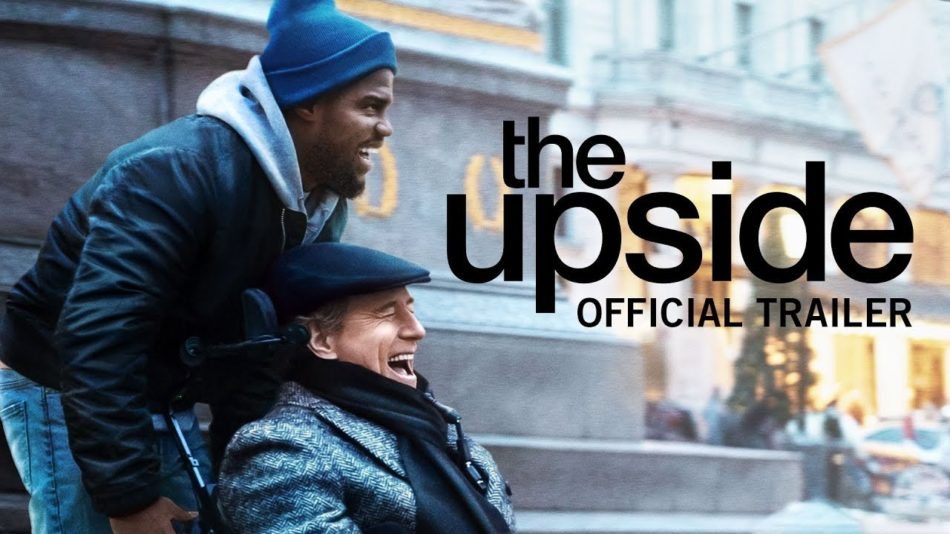 “The Upside” is now playing in theaters and was released on Jan. 11, 2019. This movie was well liked by the audiences.

The movie “The Upside” is a based on a true story. The movie was released on Jan. 11, 2019. Kevin Hart, playing Dell, who is one of the main characters, takes care of a wealthy quadriplegic. Bryan Cranston, playing Philip, is the stubborn and sad quadriplegic character who is in desperate need of a caretaker.

The movie starts off with the main character, Dell, looking for job and mistakenly finds himself at the wrong interview. Dell had recently been released from prison and has to prove to his parole officer that he was searching for a job. The interview he ended up at was to be Philip’s caretaker. Philip is a quadriplegic and needs help doing mostly everything. Despite the fact that Dell did not meet the qualifications for the job, he was chosen for it. Philip lost his wife and has been very upset and questions his meaning of life. Dell is able to help him find his purpose in life again. Throughout this movie, Dell and Phillip have encounter many struggles, but have bonded with each other because of it.

The movie was rated a 40 percent on Rotten Tomatoes and 88 percent for the average audience score. Even though critics did not think the movie would do well it clicked with the audience and it seems as if they enjoyed the movie. The audience was able to see the bond between the two characters and see them overcome their struggles together.

Overall, the movie is filled with many laughs and a true story about two best friends that endure some hard times, but are able to get through it with the help of each other.