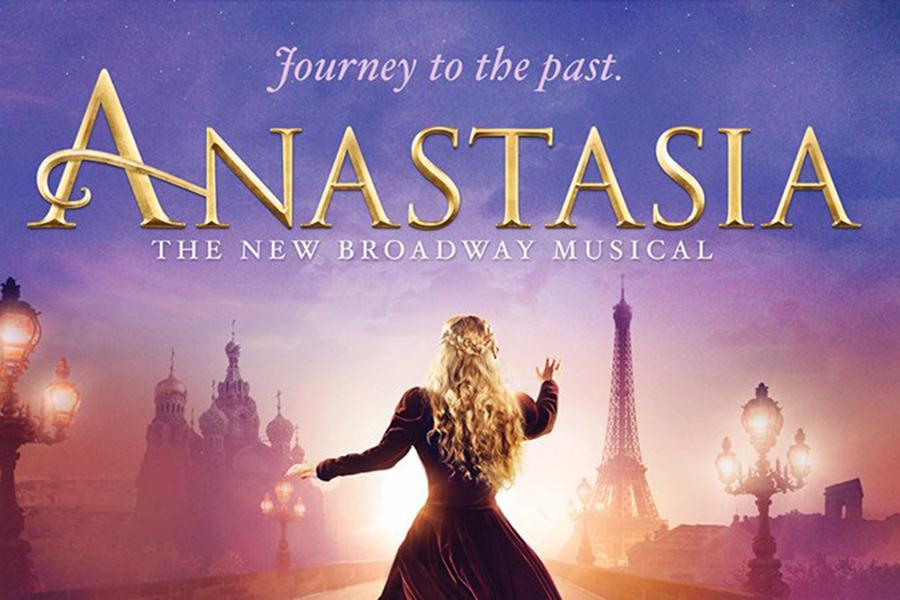 “Anastasia” is a relatively new broadway musical adaptation of the 1997 film of the same name, which follows the story of the lost Russian princess, Anastasia Romanov. The musical ended its broadway run after two years on March 31, but the show continues to tour across the U.S.

The new broadway musical, “Anastasia,” takes viewers of all ages on a journey to the past with its mesmerizing narrative music and acting, and its modern twist on the original 1997 animated film of the same name. Adapted for broadway by writer Terrence McNally and composer Stephen Flaherty, the new musical captured the attention of the nation, winning multiple awards, including actress of the year by Broadway.com.

“Anastasia” is set in Russia in 1927 and later Paris, France as it follows the journey of a young girl named Anya, played by Christy Altomare, who has no recollection of her past. Two Russian natives, Dimitry, played by Cody Simpson, and Vladimir Popov, played by John Bolton, help Anya to discover that she is the lost Russian princess Anastasia Romanov.

Although Anya is presented with difficulties while trying to prove her identity, the princess eventually succeeds in contacting her grandmother, the royal grand duchess, played by Penny Fuller.

The true history behind the story of “Anastasia” combines well with the beloved soundtrack and talented actors to attract viewers. The musical is based on the true story of the grand duchess of Russia, Anastasia Romanov, who was murdered at the age of seventeen along with her sisters, brother, mother, and father who was the tsar of Russia prior to the Russian Revolution.

Although the treasured musical just ended its two year broadway run on March 31, it continues to live through the touring cast and in the hearts of fans around the globe. “Anastasia” draws viewers of every demographic in with diverse scenes, complex characters, historical references and beloved story and it has grown to become my favorite musical as well.