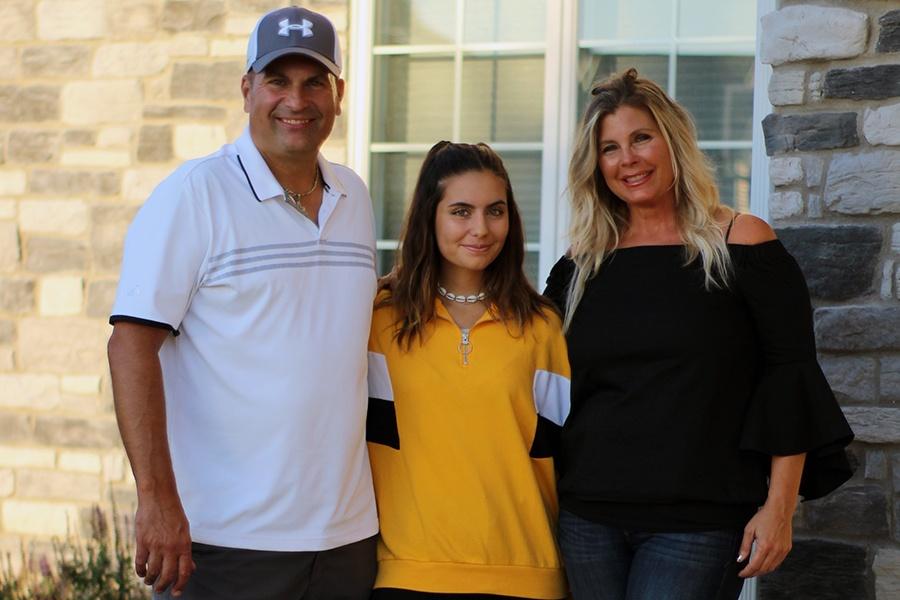 Claudia Alonso (11) poses with her host family. Alonso came to America one week before school started.

Leaving Spain to study abroad for ten months was frightening for Claudia Alonso (11), but the ten month mark to head back home is approaching. The transition for Alonso was difficult at first, but as month passed, she adapted to the culture and life here in America.

“The first months were really hard for me and I wasn’t 100 percent comfortable until February. Winter was pretty hard for me because of the weather and I wasn’t with my family. I don’t regret coming here though. I would do it again and I think it was amazing,” Alonso said.

After Alonso moved into her new home, she became more independent and overcame challenges on her own.

“I was independent before, but I became way more independent because I didn’t have my family here and when I was having a hard time, it wasn’t that easy to call them. If something bad happened, I had to learn how to solve the situation by myself,” Alonso said.

The memories that she made for the past few months were unforgettable for her. Alonso was able to experience new things like play a sport for school and attend her first school dance. After living a part of her life in America, she will have to become accustomed to everything back in Spain all over again.