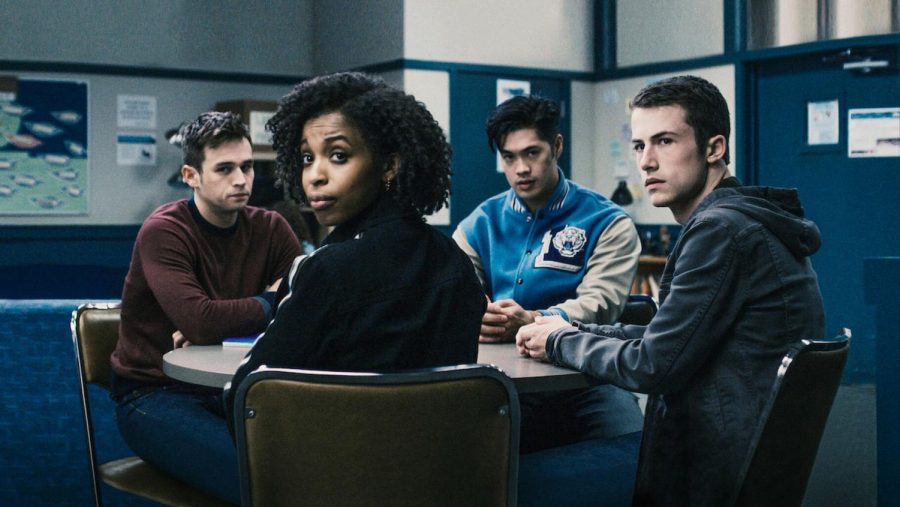 13 Reasons Why season three focuses around the death of Bryce Walker. The new season was released on Aug. 23, 2019.

Who killed Bryce Walker? Why should the audience care? Why is there another season? Why is this show still in production? Should you even watch it?

13 Reasons Why had an incredibly prosperous first season. The storyline, cinematography, soundtrack, casting and emotion were all amazing. Yet, this show is just another example of why not all shows need more than one season.

The second season was controversial. Not because of the content, but because most viewers, including myself, saw no purpose. It dragged on and ended with a cliffhanger only to lead into another futile season that tries to touch on important topics but fails to make any solid points.

The show’s plot sprouted from the suicide of Hannah Baker. Even the second season deals with a trial relating to her trauma from rape instigated by Bryce Walker. Yet, the third season completely strays away from Baker.

Yes, none of the individuals would be in the positions they are in if it wasn’t for her suicide, but if the show was originally about Hannah, then why extend the series just to develop the other characters?

The third season follows the gang as they put together pieces in order to solve the murder of Bryce Walker, better known as Hannah’s rapist. Not just Hannah’s but about 9 other girls as well. Throughout the season we are shown a regretful Bryce, one who starts to “feel bad” for what he did and the writers try to make the audience feel bad for him.

Yup, they are trying to have the audience sympathize with a serial rapist who never faced the consequences he should’ve.

The new season also comes with a new character, Ani Achola. A new student who, somehow, becomes friends with the whole group unrealistically fast. I assumed she was introduced in order for the audience to be given an outside point of view, so we are hearing the story without bias. The more I watched, the more I realized she was biased and that there is absolutely no point in her presence.

The format of the show was confusing itself. Ani’s voiceover among flashbacks prior to Bryce’s death and what is supposed to be the present. It’s just as messy as it sounds.

So to make it simple, this show transformed from a teen drama to a chaotic crime mystery, and it was hard to watch.

The only factor about the third season that I can respect even a little was the effort to highlight a multitude of social issues: drug abuse, sexual abuse, abortion, gun violence, sexuality, rape culture and even illegal immigration. Although for some of these, the writers truly did appeal to my emotion, for most of them, there wasn’t accurate representation and a lot of them were oversimplified.

Just as the other seasons, the third had inaccurate casting and depiction of true high school culture. It’s baffling to watch and is truly hard to finish all 13 episodes. Let’s just say there are a lot more than 13 reasons why you should not have high hopes for season 3.

13 Reasons Why Season 3 is now streaming on Netflix. Good luck.