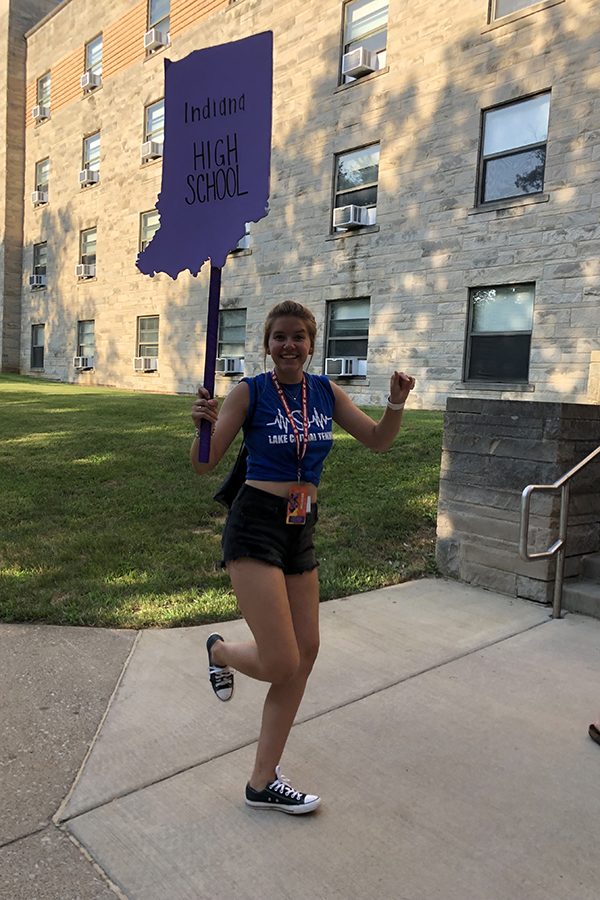 Elizabeth Haberling (12) jumps with her sign for Best Buddies. Haberling was at the state conference.

Elizabeth Haberling (12) is the new president of Best Buddies at the school this year. Haberling has many things planned for the club. She describes that the kids who she has worked with while being at the school have influenced her to become the president this year.

Haberling has definitely grown from this experience so far. Haberling has specifically grown through her leadership skills.

“My leadership skills have grown by being able to learn different ways in being the best leader I can be. The leadership that I get to exercise by being president has helped me to grow as a better person,” Haberling said.

Haberling is ecstatic for the club this year. However, she faced some difficulty in the beginning.

“By learning how to put the word that Best Buddies is trying to make a change in our school. The big one, personally is pushing aside that I could get made fun of being president of this organization. I don’t care because this organization means the world to me,” Haberling said.

Haberling has many goals for the club as a whole this year. She hopes to change specific things for the better and to have a great year.

“I would love to influence as many people to come out to our meetings and to get almost all of Lake Central to come support inclusion at the Best Buddies walk at the end of the year,” Haberling said.