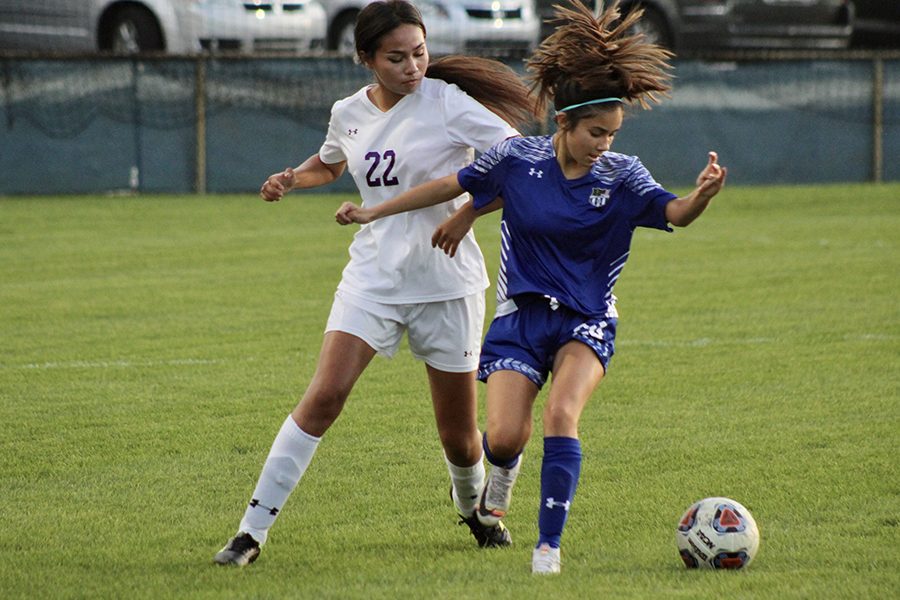 Elizabeth Solis (10) blocks the opposing team from getting the ball. After, she got the ball away from the Merrillville player.

“I think that the game went well. We can always do better, but we did really well overall. The score was close, but I felt secure that we were going to win,” Cameron Freitag (11) said.

“It felt great to win against Merrillville, even though it wasn’t a very difficult game. We played hard and we were able to win as a result of that,” Freitag said.

This was the first time that the JV Girls team had played Merrillville this season. The girls said that their win against Merrillville made the team feel happy because they were able to make their coach proud.

“It always feels good to win again, especially a home game. We hope that every single person can make a goal and that we can make our coach proud and win for her,” Elizabeth Solis (10) said.

The team has many goals that they hope to achieve this season. These goals consist of communication skills and playing as hard as they can.

“By the end of the season, the team hopes to have great communication on the field because we have been lacking on that. We also hope to try our hardest and play the best for our very last game,” Gabrielle Murks (10) said.