Last volley of the season 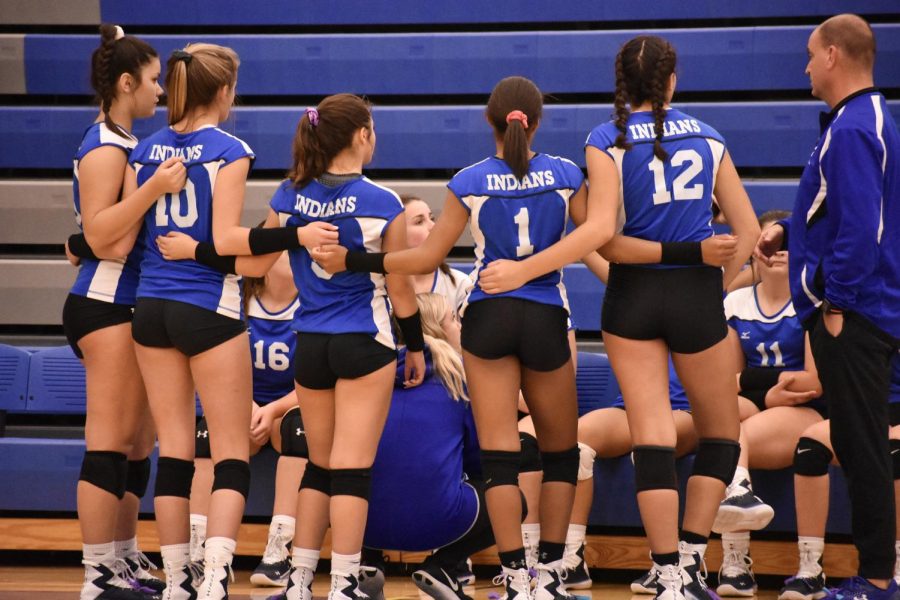 JV Volleyball Girls gather together to talk to their coach. Their coach critiqued them on their playing and gave them new ways to score.

The JV Volleyball team went head to head against LaPorte this past Thursday, Oct 10. This was the last game of the season and the scores were close. Unfortunately, the girls took a loss with a score of 18-16.

This was the second time that the JV girls played Laporte this season. Though they took a loss, the JV Girls feel like they played better against them than before.

“Honestly I think our game against LaPorte was one of our best games of the season for sure. I really think each of us supported one another well and played with a lot of heart and passion.  I feel like we left it all out on the court and even though we lost, I still think it was a good end to the season,” Emilee Marten (10) said.

Overall, the JV Girls team feel that they have improved over the season and have worked and grown together as a team. Many of the team’s goals have been met.