Indians against the Cougars 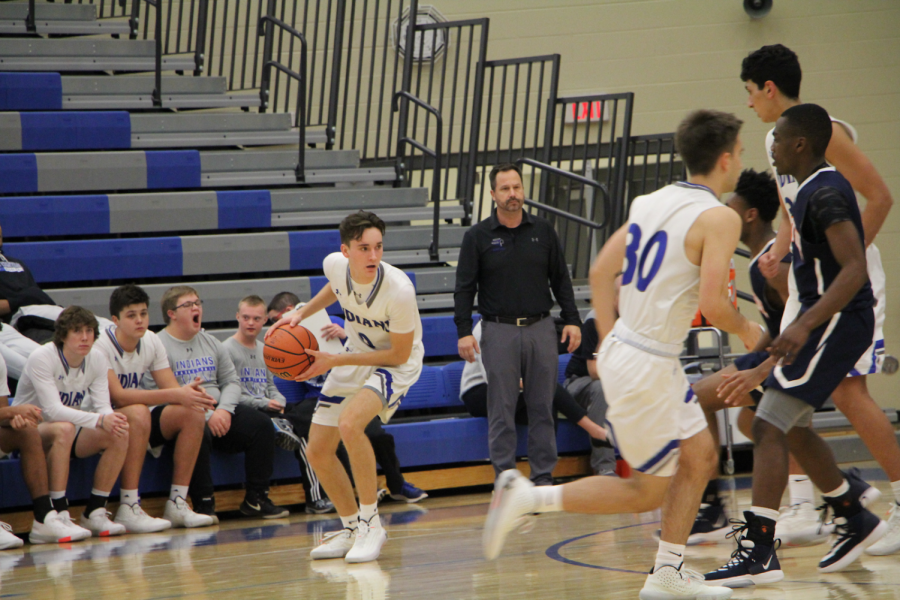 The Varsity boys basketball team faced off against Gary West Side. The boys lost with the final score of 50-55. The boys thought they did okay, despite the loss.

“I think we did okay. Our defense wasn’t really all there but we played aggressive it was just our shots didn’t fall,” Hunter Zezovski (12) said

Others believe they did good, but they need to work on some things.

Just like any team the boys think there are some things they could have improved on.

“As a team, we could’ve improved on our shot selection. We shot way too many shots that were contested and we could’ve had better looks,” Zezovski said.

The team also believes they need to work harder on trying to improve their communication during the game.

“We need establish the tone and energy from the tip while keeping our communication constantly strong,”  Ami Khartra (12) said.

Others think they could improve the way they move while playing certain positions.

“I think we need to move the ball better on offense and no shot 6 for 24 where about 8 or 9 of those shots were forced and bad shot selection. I think we can improve by playing harder on defense and hustling better on fast breaks so they don’t get wide open baskets and if we played harder and faster on defense then we would have won the game,” Mahoney said.

Some of the other players believe they could personally improve the way they play.

“Personally I could’ve improved on keeping my guy from scoring more than me,” Zezovski said.

Even though they lost this game, the boys believe that they could possibly win sectionals this season.

“Every year the goal is a sectional championship, and we truly feel that is within our reach with the team we have and the ability of our coaching staff to prepare us for any opponent. Once we hopefully reach that goal anything can happen past that, so we will see,” Khartra said.