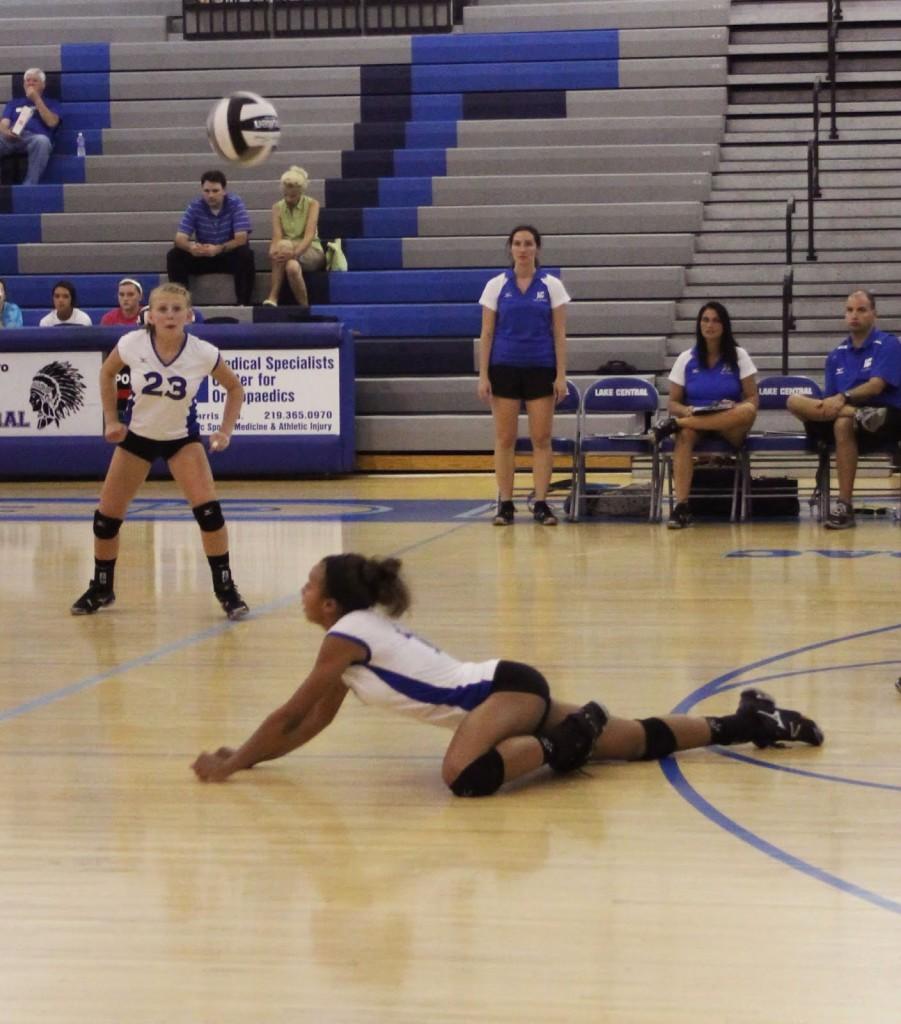 Circled around their coach, the JV Girls Volleyball team’s nerves were running high. Their opponent was Crown Point High School, a rival; however, the girls started off strong, maintaining a five point lead almost the whole first set.

Passes from Libero Stephanie Spiglon (9), to setter Alyssa Born (10), were slammed to the ground by outside hitter Alyssa Stepney (10).

“When I spike, I get an adrenaline rush. I want the setter to pass me the ball every time,” Stepney said.

The first match resulted in a 25-18 win over Crown Point. In the second match, the team played very strongly as well. Huge saves from Rylee Ollearis( 9), spikes from Gabrielle Gomez (10) and Julia Kruzen (9), and sets from Alyssa Born (10) all contributed the Indians coming out on top of the second match with a final score of 25-13.

“It’s always great coming away with another win. We beat [Crown Point] already, and tonight was twice. We will also play them a third time, and I’m hoping we can do it again,” coach Ginger Britton said.