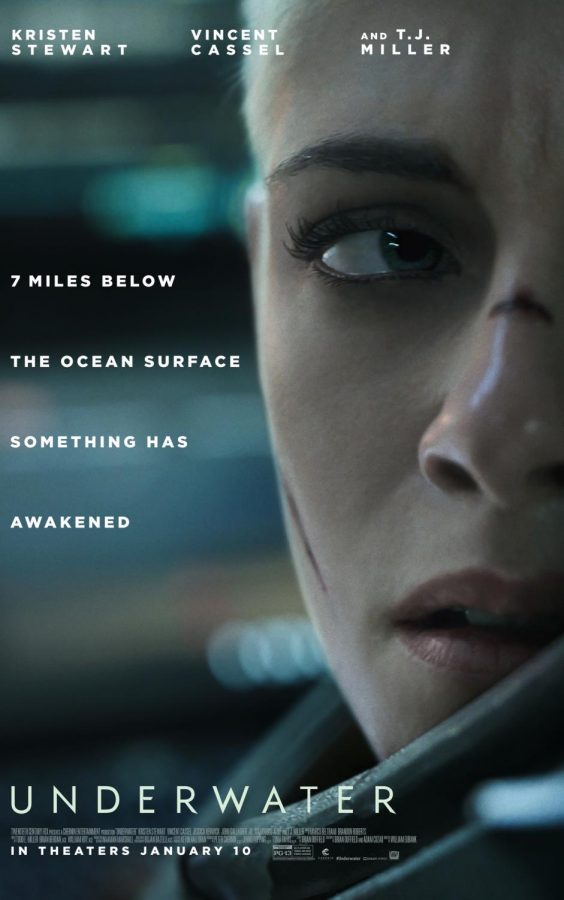 The best scary movies pull you in by making you love the main characters and root for them before having something terrible happen. This makes you empathize with the mourning of other characters and believe terrible impulsive decisions were made by grief.

Underwater consisted of six characters, Norah, Rodrigo, Captain Lucien, Paul, Emily and Smith, fighting to live while being good friends, but also only meeting at the very beginning of the movie. The directors want the audience to believe that the main characters are good friends who love each other, but the bonds are so weak between these characters that when the first character death happens, Rodrigo, the audience is bored. The lack of scene setting in this movie has left the audience no empathy for its characters. We don’t know what to feel. Yes, it is very sad that a character died, however, we didn’t know them. The characters mourn him, but they just met him. They act like they can’t go on while death is a looming thought. If I were trapped over six miles below the ocean bed, my first and probably only thought would be to get out of there alive.

As the movie progresses, the audience is led to believe that the cause of the chaos was sea monsters who were hidden in a pocket of the ocean floor. The monsters try to get to the humans and attack them based on light, leading parts of the movie to be in almost complete darkness.

Paul dies next, then Captain after Paul. Each character’s death hits the surviving characters differently. Paul’s death was caused by a monster pulling him out of his underwater suit. The crew and audience were led to believe these suits were close to indestructible and this was a wake up call. Captain’s death was by a monster pulling him deeper underwater too quickly and the pressure building up. This death was especially heartbreaking to Norah because she looked up to him.

Emily, Smith and Norah all make it to another oil rig. They find escape pods where Emily and Smith escape. Norah is left underwater because there were only two pods. She realizes that the monsters are going to attack Emily and Smith’s pods so she sacrifices herself by making the rig explode to ensure Emily and Smith’s escape.

In the end, only two characters survive. The government classifies everything about their experience. They don’t let anybody know that sea monsters are under the ocean floor and even worse, continue to send workers down to the ocean floor to drill oil.

The trailer promises an attachment to the characters, jump scares and a truly new scary movie type. Considering I couldn’t remember these characters full names, I did not think this movie measured up to the excitement created by the trailer.