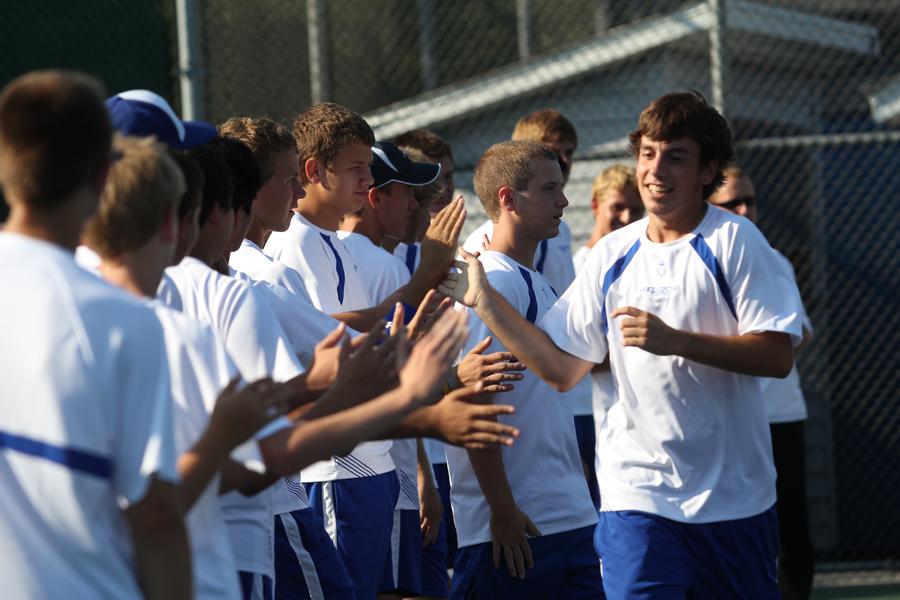 Alec Pickert (12) runs down the line of his teammates as his name was called for the starting lineup.

The day was hot and humid, but it was a successful day for the Varsity Boys Tennis team on Aug. 28. Taking the win 4-1 against Merrillville, the boys cheered in victory.

“1, 2, 3, Indians,” the boys shout as a tradition before every game to boost confidence.

Preparing for a match includes basic stretches, practicing hits with another opponent and taking a short break before the games begin.

The boys cheered loudly for one another as the starting line up was announced.

“I hope my team can do the best they can and put a strong post season and strive to do their best. As captain, I tell my team to always keep mentality up and don’t get down on yourself,” Lee Sayger (12) said.

They are trying their best in hopes of making it to state, and will continue to practice and work together as a team.