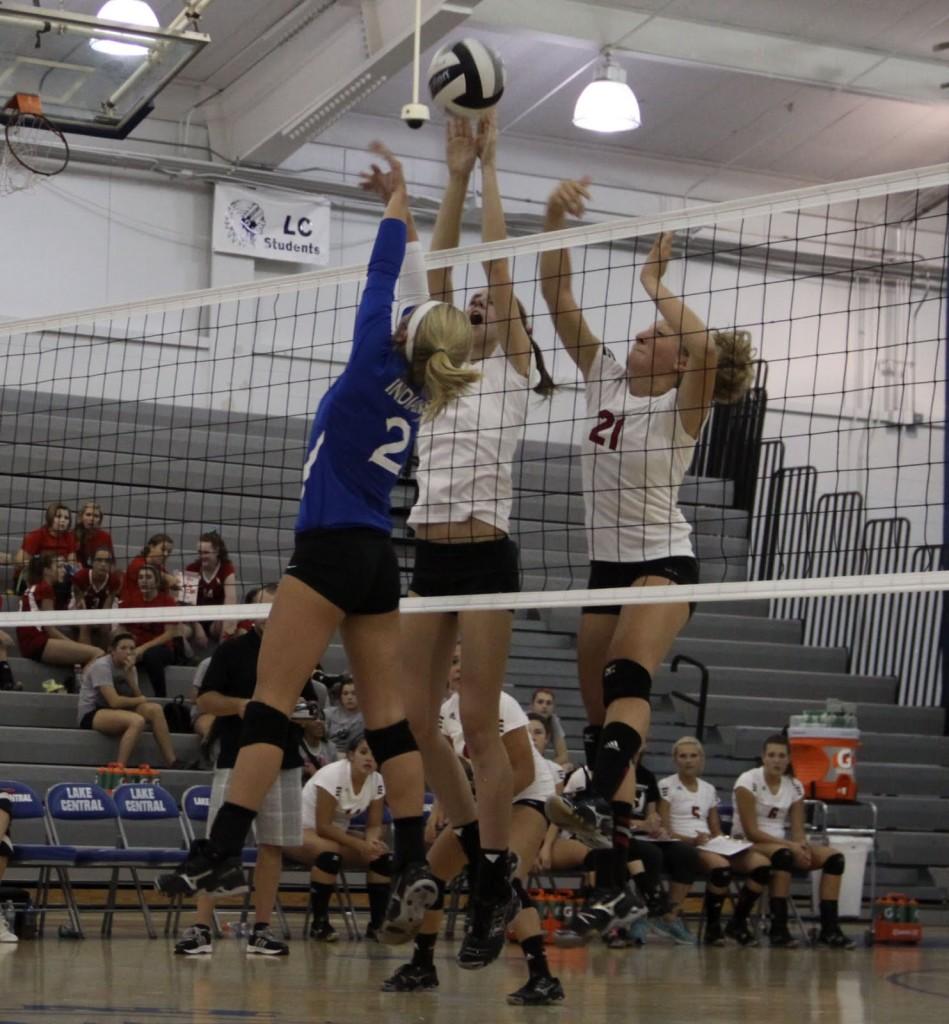 Nikki Garza (12) leaps up to spike the ball over the net during the home Volleyball match against Portage on Thursday, August 30. The ball flew over the net and scored a point for LC.

The Varsity Volleyball team won all three sets at the home match against Portage on Thursday, Aug. 30.

The team started the first set of the match against Portage by scoring seven points in a row. Portage began to catch up toward the middle of the game, but LC stood their ground. LC won the first set 25-19 with a spike from Victoria Gardenhire (9).

“It was really exciting [to win]. I felt I really pitched in to make the win,” Gardenhire said.

The team continued their lead by scoring three points at the beginning of the second set. LC won when the ball hit the ground on Portage’s side bringing the score to 25-7.

“I think we’re operating at a whole. There’s great team chemistry, and our defensive is pretty incredible with this group,” Coach Tina Tinberg said.