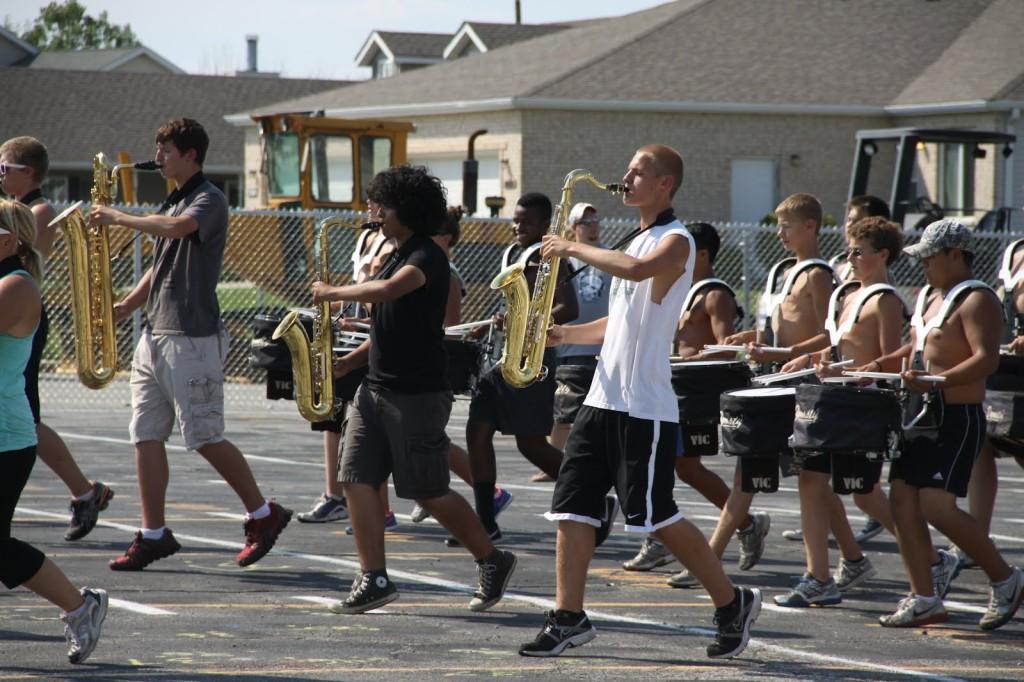 “I’m in the woodwind section and I play the low reed tenor saxophone. We practice every day for three hours except Mondays. ” Ramirez said.

Ramirez has been involved in band for four years and marching band for one year.

“I like marching band better because there [are] more people. The expectations are higher in high school while middle school bands are more laid back,” Ramirez said.

Although performing as a group is an important part of marching band, sections also interact with just each other.

“Aside from playing together, the low reeds are a very family orientated section. Outside of band we participate in various bonding activities which we call sectionals. At sectionals we chat, play games, and get to know each other,” Ramirez said.

Michau is a member of the drum line and plays snare drum.

“I want to continue band throughout the next three years even though sometimes it’s hard to balance homework, friends and band, but it’s definitely worth it,” Michau said.

“We are wearing sweatbands that have ‘LE’ on them to every game and performance in memory of him,” Michau said.

Marching band kids dedicate themselves to their music.

“Although, at the time it may seem tiring, the final product is worth the effort,” Ramirez said.