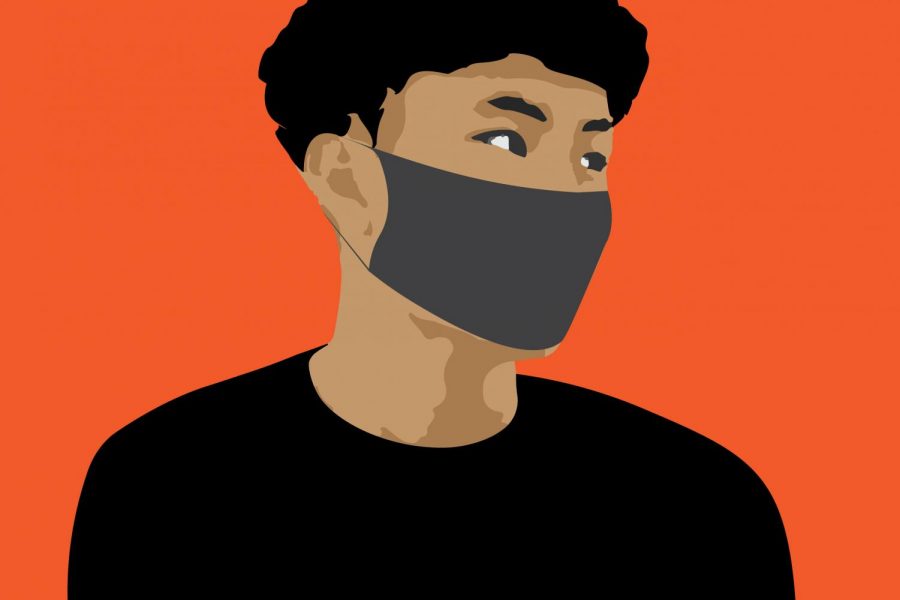 Simply wearing masks as a safety precaution has led Asian-Americans to face particular scrutiny. The anti-Asian sentiment seen online is indicative of increasingly overt racism in the real world. Illustration by Joshua Chen

It doesn’t take much to come across a meme about the coronavirus on the Internet these days. All it takes are a few seconds scrolling through Twitter, Instagram or TikTok. The recent Wuhan outbreak has blown up as a source for new jokes in today’s never-ending stream of memes. But many of these memes reveal a deeply troubling rise in anti-Asian racism and suggest that, somehow, this new virus is justification for expressing racist attitudes and cultural stereotypes. It’s not.

Rampant anti-Chinese and anti-Asian sentiment still permeates many of the jokes and comments made online. The racism Asian people experience often is subtle, even normalized, and comes in the form of microaggressions. Not unexpectedly, racism has become much more overt in the face of a growing global health concern. White creators on TikTok post videos blatantly depicting fear from being around Asians at school or at airports. Comments flood Instagram meme accounts blaming Chinese people for the outbreak. Even K-pop fans tweet jokes about BTS, not even a Chinese group, scaring other musicians away because they supposedly are infected with the coronavirus. This xenophobia has never been — and is not — acceptable, regardless of how it is presented. And it shouldn’t be normalized, either; racist attitudes of any kind must be denounced.

This outbreak has additionally reinvigorated cultural stereotypes, particularly the notion that Chinese and Asian people eat anything and everything. Scientists initially identified Wuhan markets containing live and dead animals as the likely source of the coronavirus, as was reported by multiple publications, including the New York Times and the Guardian. The framing of these articles have also likely contributed to how people perceive Chinese culture and food, which already have decades-old stereotypes of being strange, exotic and inhumane. Videos, tweets and memes have erupted all over the Internet blaming “unacceptable” Chinese eating habits for the outbreak.

One especially misleading article from the Daily Mail shows “revolting footage” of a woman eating bat soup, a video four years old. As expected, that video has become the source of even more memes perpetuating this “Asians eat weird food” stereotype. The way information is presented to the public, especially of media (even the Daily Mail), is crucial; while aiming to report truthfully and fairly, publications should also be extremely nuanced and careful of how stories may play into cultural stereotypes.

What makes this situation even more distressing is the way these racist attitudes found on the web play out in everyday life. Since January, several instances of discrimination against Asians have been reported around the world. People with East Asian appearances have been spat on, denied access to stores and public transportation and verbally harassed. One CNN report highlights Asians’ experiences with racially charged comments and tirades. Even casual jokes or comments made in person fuel the problem. Such bigotry cannot be explained nor reasonably justified by a growing epidemic that happened to start in China.

The expression of anti-Asian racism as a reaction to public panic is nothing new, of course. Even in the 19th century, Americans feared the “Yellow Peril,” and passed racist laws like the 1882 Chinese Exclusion Act to supposedly protect national security. It is clear that people can and will quickly place the blame on the “other” group when the opportunity presents itself. Though this virus is a new trial our country and world faces, the racism is nothing new. We must, as a society and nation, vigorously condemn and rise above any form of xenophobia, whether that be racist memes or real-world discrimination.