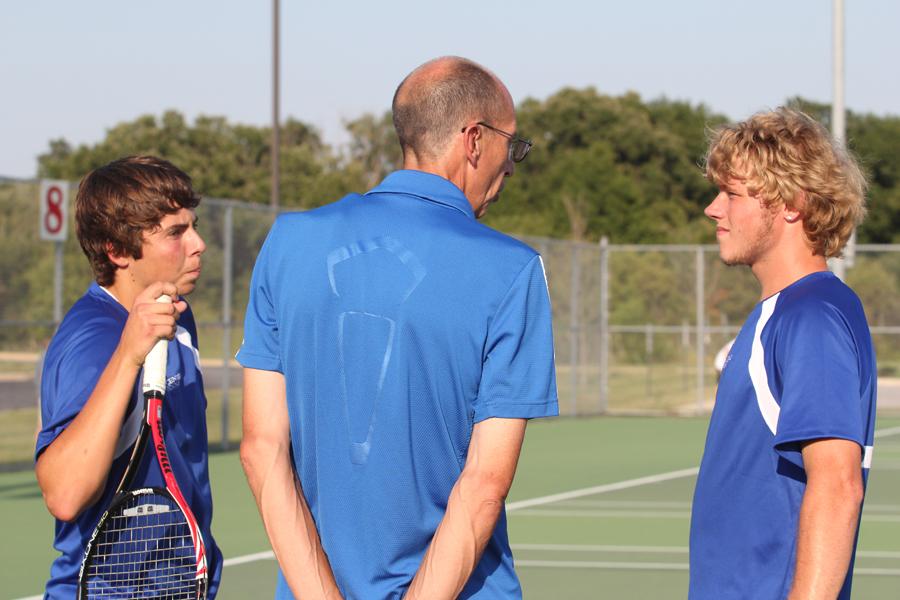 Varsity Boys Tennis got taken down by the Crown Point Bulldogs on Thursday night at Crown Point. The final score was 1-4.

“Tonight was a really tough, close loss. We didn’t have our game faces on all the way and we made too many mistakes,” Kyle Crawford (12) said.

Crawford, along with his doubles partner Alec Pickert (12), didn’t get to practice with each other for two weeks. Pickert said the two definitely could have played better in order to win.

“Adapt and overcome. We need to work on our chemistry for the next match,” Crawford said.

Thursday night’s matches were a battle of endurance. Two matches in particular lasted three and a half hours. One match included doubles pair Brad Staszewski (12) and Lee Sayger (12), while another match included singles player Todd Banvich (12).

The boys’ next match will be held at LC against Portage on Tuesday, September 4th.