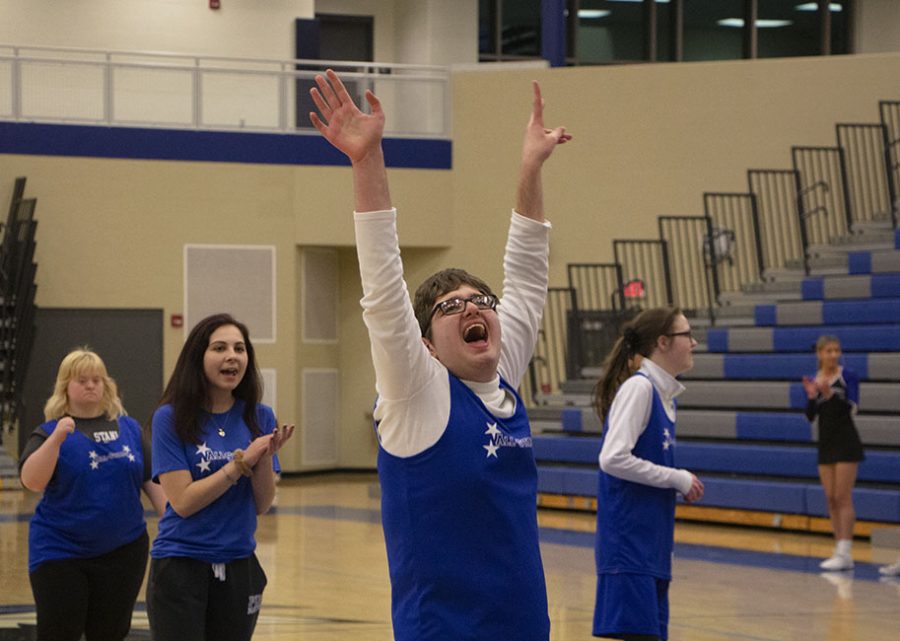 The Allstar players celebrate their first points scored in the first five minutes of the game. They were met with cheers and applause from the crowd, the cheerleaders and teammates.

On March 5, the Allstar basketball team took the court at LC and beat Andrean High School with a final score of 116-33. This game is one of many that the Allstars have won with high scores against their opponents.

“When they hit 100 points, they couldn’t have been happier, and they had the biggest smiles on their faces and no one could take that feeling from them. They felt like they were on top of the world,” Lily Lane (10) said.

In the first few minutes, the Allstars gained their lead against Andrean and showed off their skills they have been practicing throughout the season. They used their excitement during warmups to start the game strong with many 3-point shots.

Even when they weren’t playing, they were still cheering on their teammates as well as the cheerleaders every step of the way.

“The cutest part is when you get a couple of the kids to give you little shout outs on the side when they are on the court, cheering the cheerleaders on,” Lane said.

Many of the kids who play on this team every year have formed tight bonds with each other and have grown closer on and off the court. Many of them congratulated each other after the game and asked for group pictures with their teammates.

“They are the sweetest kids in the world, and seeing them happy is the best feeling in the world,” Lane said.