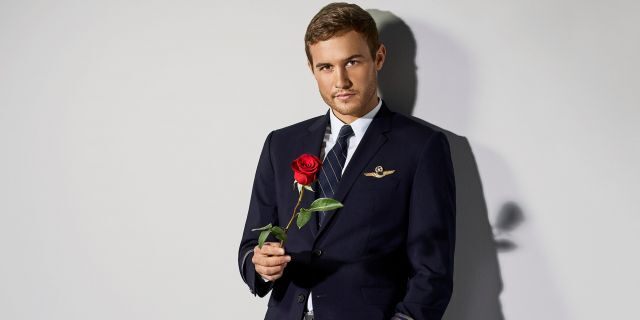 Peter Weber is the Bachelor for Season 24 and is really excited for what his adventure holds. His journey was hard but it leads to an interesting ending.

Well, this was a crazy ending to this Bachelor season. Peter Weber was the Bachelor for season 24. He is 28 years old from Los Angeles, CA trying to look for a potential wife. He met 30 women from night one and decided to cut some women out to see a future with. He also picks a lot of group dates and one-on-ones to learn about each other more and see where this would go. When the Season started there was a ton of drama. When this first happened there was a girl named Alaya Benavidez from San Antonio, TX. She was the drama queen this season, meaning she was only there for the cameras and not for Peter’s heart. All of the girls got really upset that she wasn’t herself with Peter when there were cameras everywhere. All of the girls came at her for being different with the cameras and Peter, so when it came to the rose ceremony she was eliminated. But, the next week she came back to have her voice heard and all of the girls were so upset. She got a rose, but the next day she left because of the girls attacking her.

Since Alaya was gone, the house became a little bit calmer. When they went to Costa Rica, there was some drama going around the house. Tammy Ly from Syracuse, NY was attacking Kelesy Weier from Des Monis, IA about being way too emotional about other girls going on dates. Tammy was attacking her for being way too emotional for Peter. So, these girls went at it again about if she was emotional with Peter or not. The next two weeks Tammy was eliminated by saying serious accusations about Kelsey. Later in the season, we have hometowns. The final four are Hannah Ann from Knoxville, TN, Madison from Auburn, AL, Kelesy from Des Monis, IA and Victoria from Virginia beach, VA. Most of the hometowns were a success except for Victoria. Someone made a serious accusation about breaking off relationships with other people. Peter had to talk about it with Victoria and didn’t take it well.

For now, we are down to the final three which are Fantasy Suites; they are  Hannah Ann, Madison and Victoria. This week is important because this is the final week of really getting to know each other. Hannah Ann’s date went perfect andVictoria’s date was a little rocky by what happened last week. But, Madison was actually hard to watch because he had slept with the other two women which Madison didn’t like at all. She is also very religious and stays with her values. When the rose ceremony came, he picked his final two: Hannah Ann and Madison. When it was the final week, Madison was struggling with her decision to stay with Peter so she left and went back home. Madison struggles with Peter, when they met with the parents. Peter’s Mom had a hard time with Madison not being in love with Peter. When it was Hannah Ann’s turn, their parents loved her! So the only person for Peter is Hannah Ann. They got engaged, and were happy with each other for a month. They have ended things because Peter had feelings for Madison still. When Madison heard the engagement was off, Madison went to L.A. to see Peter and ask if they could date again. Well, a few weeks later they sadly broke things off because they had different values with each other.