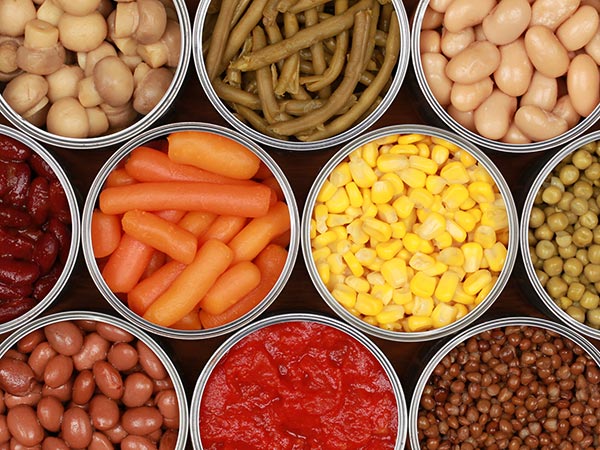 Lake Central student tries a variety of canned food to let his peers know which is the best.

With the recent closing of many fast food chains and the intense rush of people trying to stock up on last minute supplies to hold out on this pandemic, food has become a very big issue for many people. With the lack of food available some people have needed to turn to canned foods to survive. So to pass time and boredom and to truly find out which canned food is the best I have chosen 5 different types of canned foods.

The canned food line up is Bush’s best original baked beans, Dole pineapple chunks, Chef Boyardee beef ravioli, Libby’s Vienna Sausage and Del Monte’s cut green beans. The first food I tried was Bush’s baked beans. The texture was super mushy and cold, while the flavor wasn’t the greatest. I’m also super subjective to baked beans because I don’t like them. I would give the baked beans a 2/5. The second canned pineapple was next. The texture was watery but firm when you bit into it. The flavor was also a vast improvement over the beans. I would describe it kind of like super sweet pineapple juice with a coat and would give it a rate of 4/5. Next up was the Chef’s ravioli. Now I love Chef and I have to say his ravioli is the best. The texture was just right, with a hint of firmness and a nice soft pasta feeling. The taste was also great, it was seasoned just right and was oh so delicious, I would give the Chef a 5/5. Up next is Libby’s Vienna Sausage. Out of the can the sausages didn’t look the most appetizing. They were grey and looked super processed. The look also matched the texture, it felt like I was chewing on rubber and it wasn’t the best. Flavoring wasn’t the worst but seeing what it looked like made me not want to eat it. I would give the sausages a 1/5. Finally, I tried the cut green beans. I had high hopes for these but I was truly disappointed. The beans looked like the green beans from Lake Central. The texture was super mushy and watery, and the taste was just bland. I overall wouldn’t recommend the green beans because of the taste and texture. I give it a 1/5.