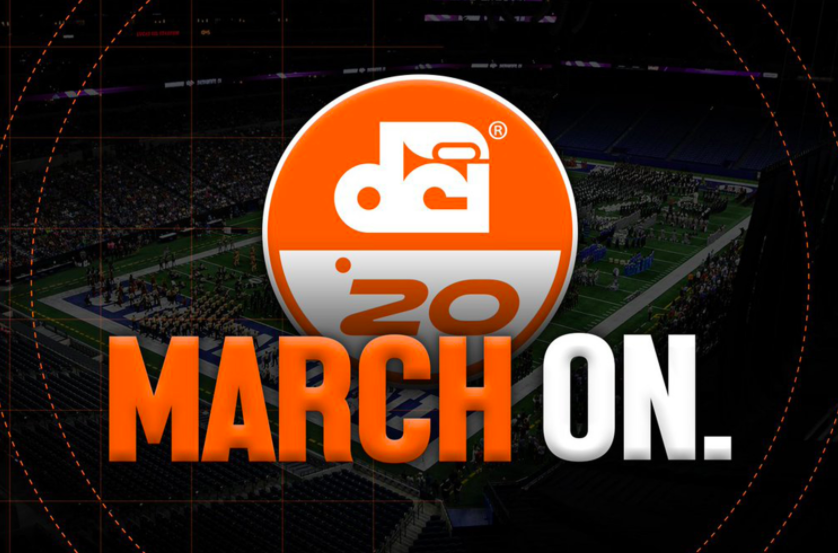 Drum Crops International’s posts “March On” to keep those involved motivated and positive. The Drum Corps season was canceled on March 26.

Q: What are your current thoughts about the school closing for the rest of the year?

A: “Before it happened I didn’t think that I would be bothered by it, but now that it happened I’m a little upset about it because I was looking forward to coming back for even just a few weeks for some form of a routine and normalcy.”

Q: How are you feeling about e-learning so far? What do you like and not like about it?

A: “I personally don’t have too much of a problem with e-learning mainly because I don’t have a lot of work to do. I like that I have it so I can do it all at once and be done for the week rather than do one each day.”

Q: What have you been doing in your free time to keep yourself entertained?

A: “I’ve been reading books, which is not normally something I do. Also just writing music, watching Hulu, or playing a game.”

Q: Is there anything new you are doing that you would not usually be able to do if we were still going to school?

A:  “Not really, I’m getting more practice time on guitar and tuba, and also more time to write music.”

A: “The season was canceled on March 26. It really sucked to hear for everyone in the activity.  There was an Email that was leaked a few days before getting canceled from the CEO of DCI saying that tour was most likely being canceled. I kind of accepted that the tour wasn’t going to be happening so when it was official I wasn’t incredibly upset other than like being upset that it was officially over before it happened.”

Q: Do you think you will continue Drum Corps when it starts again?

Q: What are you doing to prepare yourself?

A: “What I do to prepare for the summer is exercising and practicing to get conditioned for spring training and the rest of the summer tour.”

Q: What will you be doing now during the summer because of the cancellation?

A: “My plan is to be working full time in construction over the summer and for the foreseeable future. I’m hoping to also be able to play music with my friends more during the summer due to not being on the road with the Colts like I was last summer.”