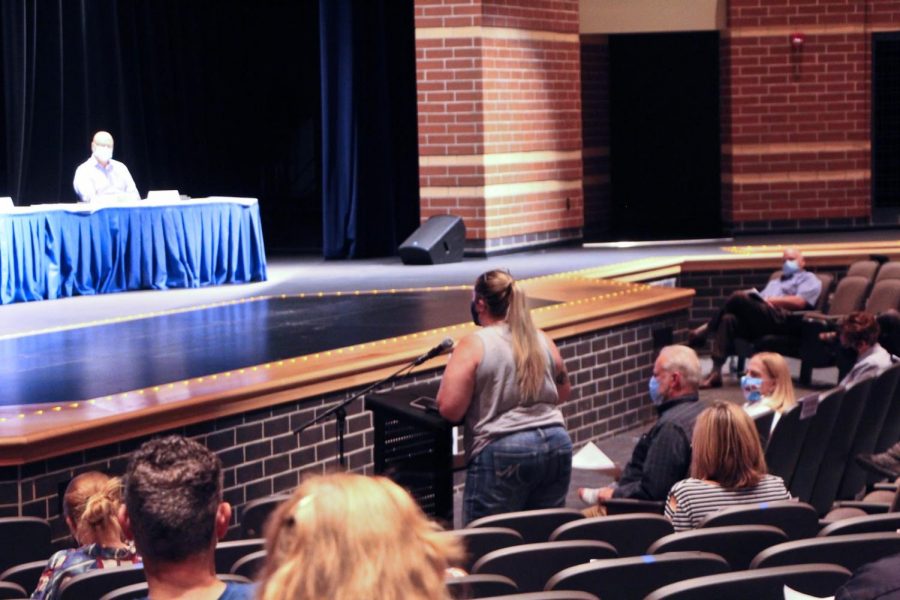 A concerned parent voices her apprehensions to the school board. She spoke about her struggles regarding a school board decision.

On Tues. Aug. 3rd, the Lake Central School Board came to a decision regarding the next school semester for the cooperation. After hearing the heartfelt testimonies of many parents and teachers, the school board concluded that parents should choose whether or not to send their children back to school.

“I along with many others, applaud you for being proactive and taking everyone’s safety into account. Some would say this virus isn’t dangerous for our children, however, I believe that it could be dangerous for our teachers, parents, and other staff members.” Alicia Paul (Crown Point) said.

Concerns with parents ranged across the board, but many families with young children were especially worried. Parents were also concerned with children who have learning disabilities. Many say that their kids are missing out on the in-person factor with education, which they believe is an important part in their student’s education.

“As a parent with a child with a disability, they need to have that extra teacher involvement, and you’re not going to get that in a Zoom meeting. e-Learning is inferior to in-person instruction.” Mike Seljan (Dyer) said.

With emotions running high in the auditorium, many passionate individuals voiced their concerns about where their children would go and how it would affect not only their education, but their social development as well. Parents explained that there are children with higher rates of mental health issues during this time, including anxiety and depression. They believe that going to school will help solve these issues.

“I have a child that has a learning disability and anxiety; my child is at the breaking point. My children were so excited to finally go back.” Michelle Shorgan (Schererville) said.

Many parents believe that e-learning has hindered the progression of students’ education. But although there were different views on the situation, the school board and the concerned parents shared the mutual understanding that any decision that pertains to the upcoming school year should keep the students in mind.

“I’m fearful from an educational standpoint for my student, and I’m fearful for what’s going to happen when they get out into life after leaving here because they’re going to be so far behind, it’s not even going to be amusing. The one thing we can’t do is live in fear.” Seljan said.

News regarding the virus is constantly changing and decisions that are made may not always be the decision that is safest for the community at a different time.