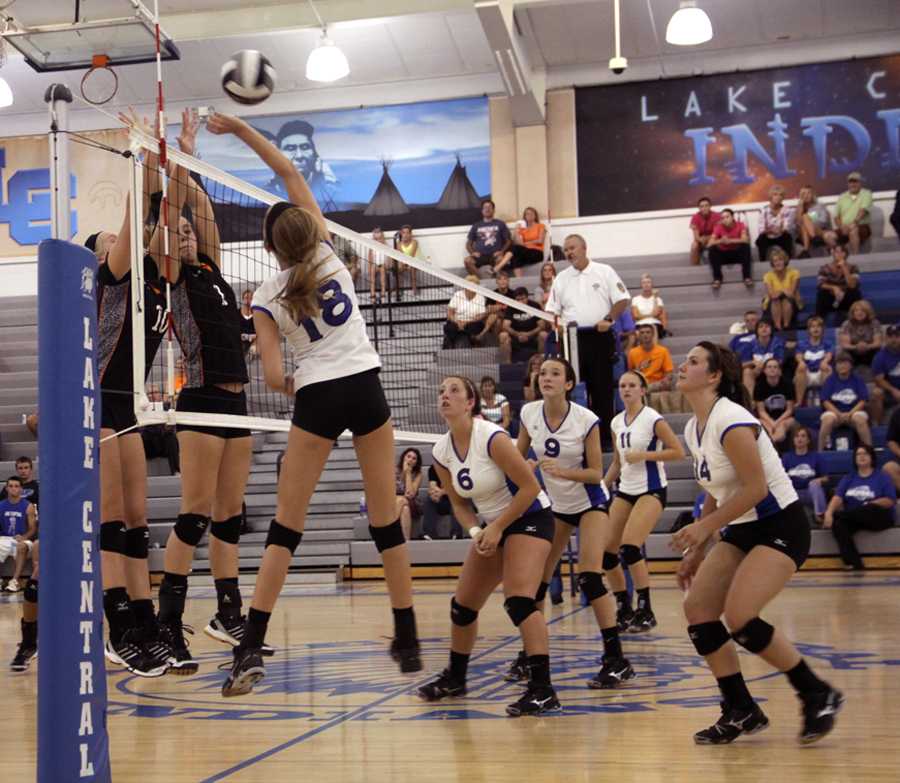 On Wednesday, Sept. 12, the Varsity Volleyball team competed against LaPorte in the LC gym. The team lost with one win and LaPorte with three.

The game, originally scheduled for Tuesday, Sept. 11, was rescheduled due to construction. The water at the school had to be shut off, causing the game’s move to Wednesday night.

When the girls finally got to play Wednesday, they knew they were in for a tough night.

“We knew that the game was going to be difficult, LaPorte has been great at volleyball since forever, so we knew we had a battle ahead of us,” Katherine Stepanian (11) said.

Knowing this going into the game, the girls fought hard and took LaPorte to a fourth set out of a possible five. LaPorte won the first game 20-25, but LC came back to win the second with a score of 25-21. LaPorte; however, won the next two games and took home the win.

“Our energy would skyrocket, and then we would kind of fall, so we need to constantly be pushing for the next point,” Stepanian said.

The team is hoping for a better game against Lowell High School on Sept. 17 at 5:30 p.m. at home.