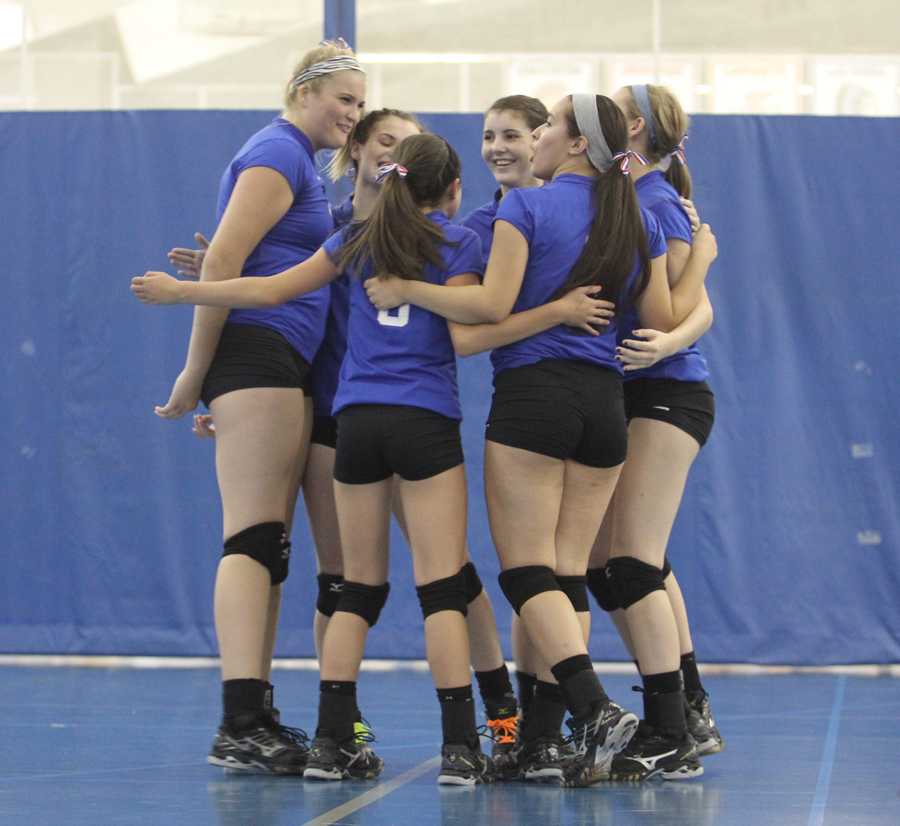 The girls come together after they score. After a point they came together and told each other ‘it will be okay’ or that ‘it was a good point.’

Thursday night, the freshman girls pulled out a win against LaPorte in a tight game. The girls had incredible spirit and didn’t let the the challenge bring them down.

“The first game it brought us all down [but] we gave each other a little pep talk [before the second set],” Jacqueline Eader (9) said.

“I felt like all that we tried and worked for showed in the last game,” Brianna Mills (9) said.

Each girl on the team has their own strengths; take Eader for example who is 6’1 inches tall.

“If [the girls are] short I don’t have to worry, but sometimes I have girls that match up to me and I have to hit in the corners,” Eader said.

Mackenzie Evers (9) also has pressure for being the libero on the team, going on and off the court constantly.

Now that the team played against and beat out LaPorte, they can focus on what they need to improve for their next game Sept. 13 at Valparaiso.

“[We will] probably [need to] start off with that much intensity from the start,” Mills said.