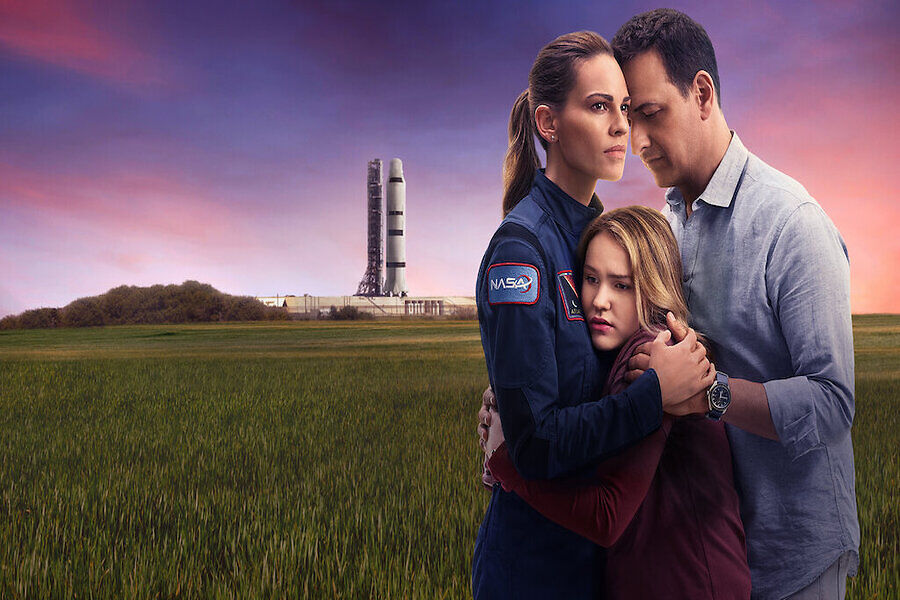 Away was released to Netflix on Sept. 4, 2020. The dangerous NASA mission portrayed in the Netflix original series is unmatchable to any other space film.

Away, released to Netflix on Sept. 4, 2020, starred Hilary Swank and Josh Charles in an intense journey to land the first human beings on Mars. Hilary Swank plays Emma Green as the international space crew’s commander. She goes through numerous struggles from her husband being rushed to the hospital, being left out of her daughter’s life and nearly dying, all while stuck in a tin can on a three year journey over 40 million miles away from Earth. This motivational Netflix original series will leave you on the edge of your seat as you wonder if they will make it to the next episode.

Created by Andrew Hinderaker, Away perfectly covers all three genres that the show is listed under: drama, romance and science fiction. Right from the opening scene of the show we are introduced to a family with such a strong bond and a love between a husband and wife that is unforgettable. We soon come to find out that both Green’s daughter and husband will get in major accidents, making Green feel farther away than ever. No matter what struggles the family faces, the fight and forgiveness between individuals in the cast is proven to be unconditional.

As Netflix and the makers of Away are currently unsure of making a second season, fans are eagerly waiting for any kind of positive news. The end of season one left viewers at such an empowering moment for individuals, the space crew and the world watching from Earth as it happened. I would rate this Netflix series 9 out of 10 stars without hesitation. The quality of the shots as well as the characters’ personalities make you feel as if you are really there with them on their almost impossible journey.