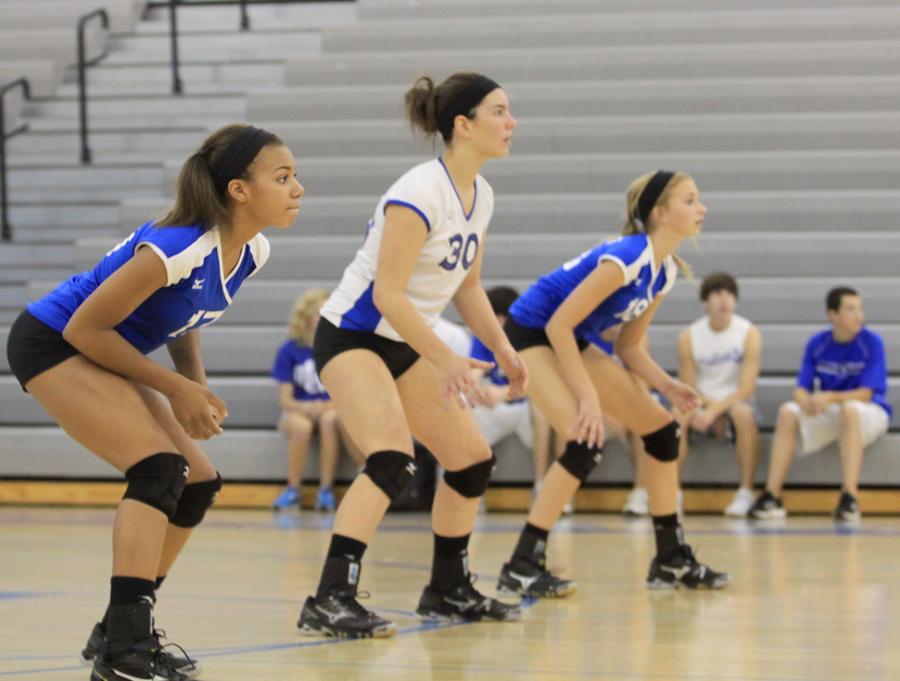 Alyssa Stepney (10), Stephanie Spigolon (9), and Stephanie Anderson (9) wait in anticipation for LaPorte to serve. The Freshman, JV, and Varsity games were pushed back a day due to the gas leak.

Not even being postponed by the gas leak could slow down JV girls volleyball as they took on the LaPorte Slicers Wednesday night. The girls won both games with scores of 25-11 and 25-17.

“We play really well together. Our team is really good at talking, and we communicate well, so we know what plays we’re doing, and we know where we need to put the ball,” Rylee Ollearis (9) said.

The team braced themselves beforehand for the hard game to come, and were pleasantly surprised by the outcome of the game.

“I think it’s gong to motivate our whole team, because yesterday was supposed to be a tough game, and it was still one of the tougher ones, but we still beat them by a lot, so now we’re psyched to beat [Valparaiso],” Ollearis said.

“Hopefully that energy carries over [into the next game],” Alyssa Born (10) said.

The girls’ next game is the Sept. 20 away game against the Crown Point Bulldogs.