Respect all, fear none: Varsity football falls to Chesterton 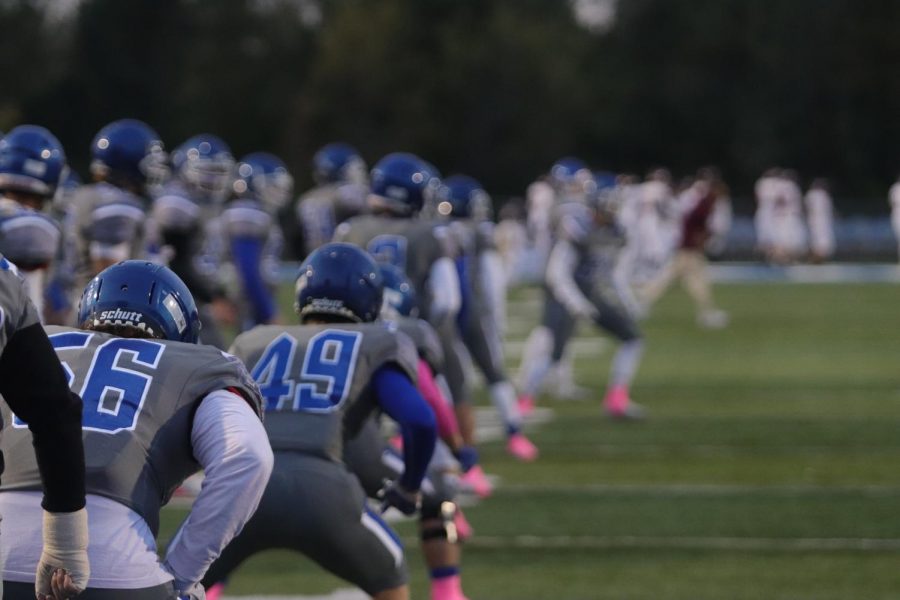 The varsity football team warms up for their game. They played Chesterton.

On Friday, October 2, the varsity football team played against Chesterton for their annual homecoming game. The teams had a striking defeat with the final score being 42-0.

“The game was disappointing. We worked real hard and came up short. We didn’t get any stops that we were supposed to, and we didn’t score when we were supposed to. We moved the ball and could never cross the 50 and then we had them in some third and long situations, and we just couldn’t make a play.” Coach Bartelameo said.

As the team struggled against the chesterton team, they still kept their heads up and motivated each other to play even harder.

“I think we executed well, we need to get more push on the ball and make our reads better. Overall not bad, but defense and offense have to come together more and we just have to keep working.” Luke Neidy (11) said

The team still chooses not to give up. They have full intentions on working even harder and bringing the team more together. And hopefully do well in sectionals.

“We wanna try and get wins with the boys, and pick up our teammates and do whatever we can and try our best and the only thing we can do is do better.” Diego Garcia (11) said.