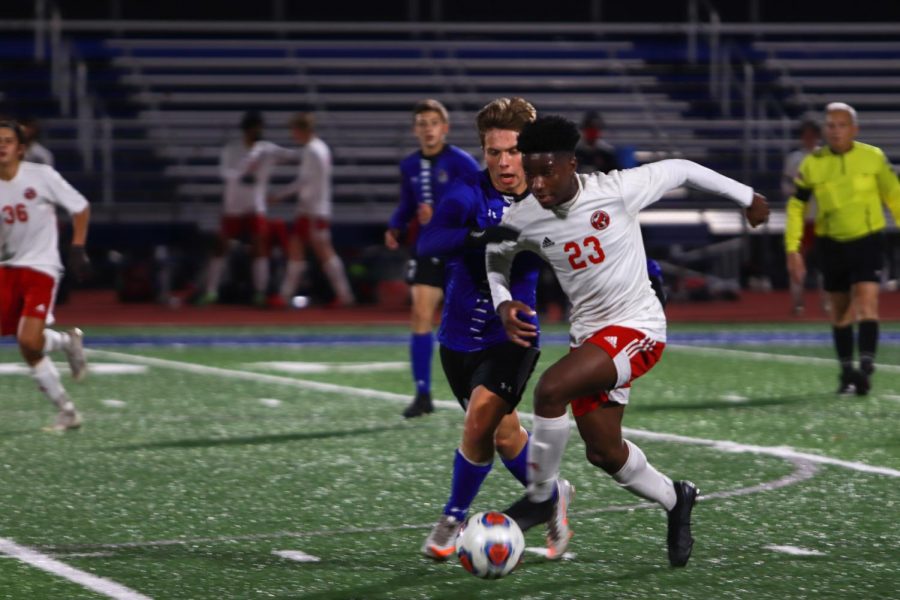 Ben Puch (11) fights for the ball during the sectional game. They were tied 1-1 at halftime.

On Saturday, Oct. 10, the boys soccer team was defeated by Munter in Sectionals with a final score of 5-1. Fans cheered them on as they played and put up a fight towards Munster. Within the first minute, the team scored a goal. Munster also scored a goal and the score was 1-1 for the first half.

“We knew that they were a solid team and that it was going to be difficult without two of our starters. We were just going to try to leave everything on the field and fight to the very end,” Ben Puch (11) said.

Although for seniors this was their last game in high school, underclassmen are still preparing for next season and hoping to get better. Another year is another opportunity to seize the sectional championship.

“There will definitely be training in the off season, strengthening my weaknesses and mastering my positives. I’ll be playing with a club team, attending college camps and getting my name out there with national showcases. I’m excited to show the region who I am next year with all these preparations,” Dominic Oricuich (10)  said.

Despite this loss, the boys are proud of their progress and relationship as a team. They have been able to tackle the challenges and come together for a positive outcome.