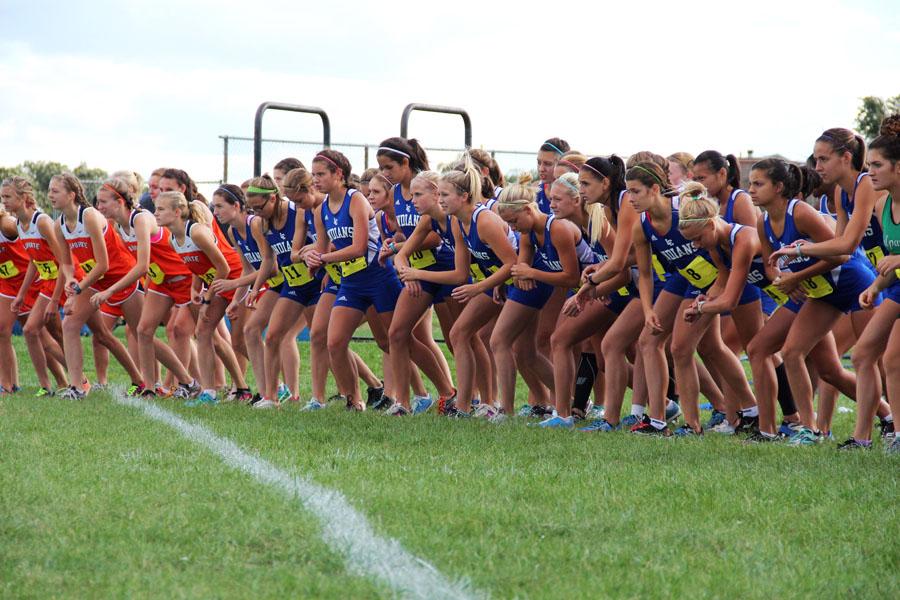 The Lady Indians position themselves before the shot goes off to start the race. The cloudy sky and the cool air was perfect weather for running, and the girls took advantage of it.

On Tuesday, Sept. 18, girls cross country competed against Valparaiso and LaPorte, their biggest competitors in the Duneland Athletic Conference.

Two of the team’s top runners, Joellyn Polaski (10) and Megan Zajac (10), were not able to compete due to illness, and as a result, other girls were forced to step up.

Because the weather was colder than previous meets, some of the girls were worried that it would affect their performance.

“The weather was a lot better than expected,” Jade Tazbir (11) said.

The Lady Indians defeated LaPorte 30-27, but lost to Valpo 43-17. Despite their loss, the girls had fun celebrating their senior night and their last meet at their home course.

“It feels good to be able to defeat the course your last race,” Hudi said.