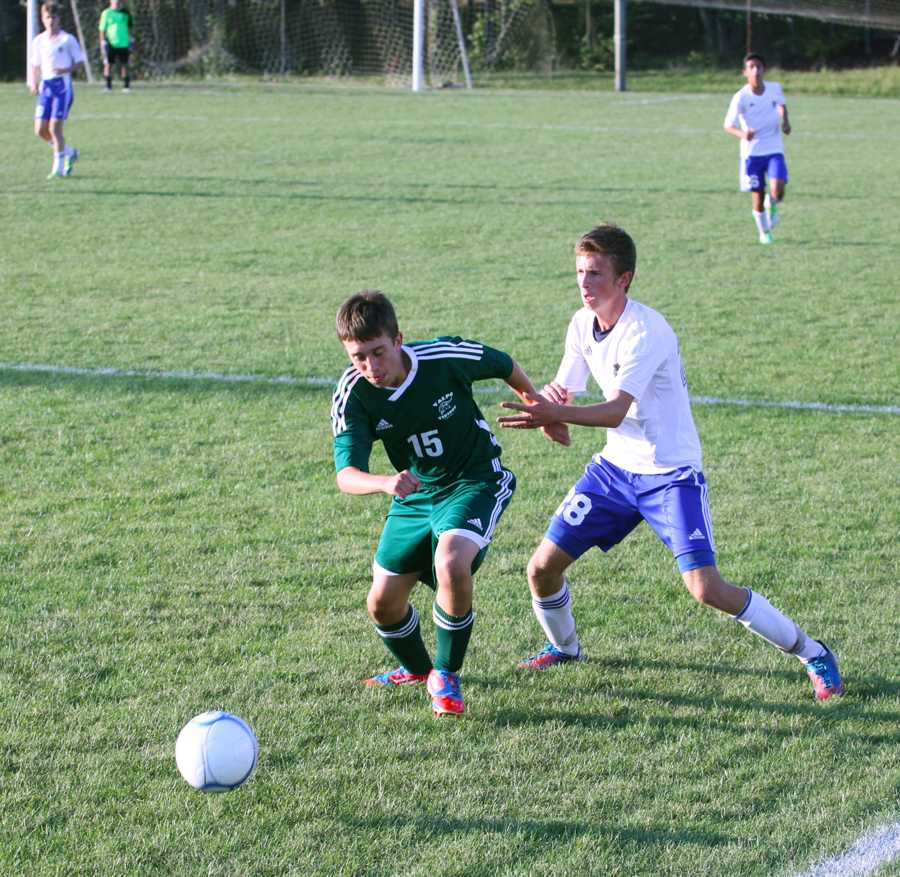 Chandler Duncanson (9) lunges towards a Valparaiso player in possession of the ball at the team’s home game on Sept. 19. Valparaiso took the win with a final score of 0-2.

On Wednesday, Sept. 19, the JV boys soccer team faced the Valparaiso Vikings at home, but faced a tough loss with a final score of 0-2.

“I see myself as a piece on a chess board, so eventually we all have to play our own part,” Johan Londono (10) said.

The Valparaiso team was stiff competition for the boys, but the loss will serve as future motivation to push the team harder for a win in future games.

Early in the first quarter, a Valparaiso player was injured and carried from the field by stretcher to an ambulance, and the LC JV and varsity teams displayed good sportsmanship by standing and applauding the opposing team’s injured player.

The boys believe the season has been a success so far, and the players’ efforts on the JV team this year will be enough to prove many worthy of a position on the boys varsity team in the years to come.