Under the LCE ‘C’ 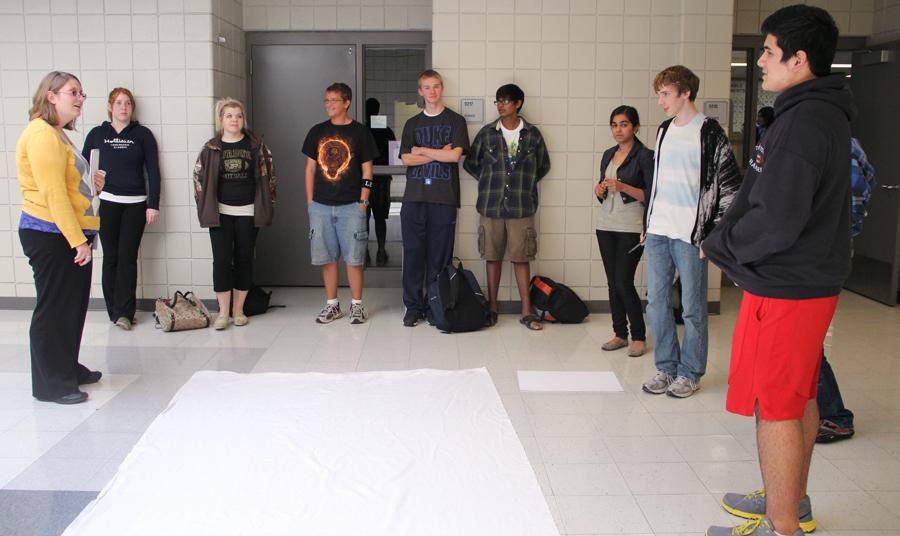 Members of the environmental club brainstorm ideas together for their homecoming banner design. The club hoped to incorporate ‘save the oceans’ into their banner to match the homecoming theme and show support for the environment.

On Sept. 19, the environmental club held its second meeting where members of the club discussed plans for the year, as well as for homecoming.

“So far, we’ve had some ideas for the year, and later on, we plan on doing a couple cleanups, like on the highway. I [also] want [the club] to visit more places than last year; like the Museum of Science and Industry [and] maybe visit the dunes. The club itself isn’t only about saving the environment, it’s about learning about it,” club president, Brandon Kozel (11) said.

Aside from establishing ideas for the year, the club has also set up plans for homecoming activities.

“This year we will have a table to tale gate at. We won’t have to sell anything; the only thing we’ll do is give information out,” Mrs. Jackie Ruiz, Science, said.

The booth will be set up for members of the club to tailgate at before the homecoming game against Chesterton on Sept. 28.

“[At the booth] I’d expect there to be information about the club itself and how you can get active in the community,” Robert Belzeski (10) said.

Anyone attending the homecoming game should keep an eye out for the club’s banner and is welcome to stop by LCEC’s booth to learn more about the club.