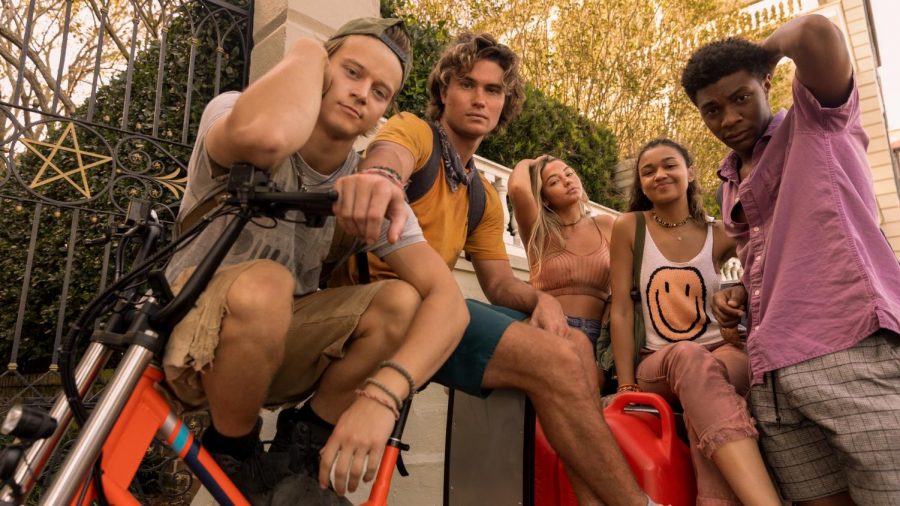 Outer Banks is back for season two and the pogues are back and better than ever. The second season was released on July 30, and is now streaming on Netflix.

The hit Netflix original Outer Banks is back for season two with ranking up number four on the top watched shows on Netflix only a few days after being released. The hit teen romance show returned on Netflix on July 30.

With season one leaving off with John B. (Chase Stokes) and Sara Cameron (Madelyn Cline) heading to the Bahamas after the shipwreck, both of them are now fugitives in a whole different country. While on the boat that saved them, one of the men found John B.’s wanted poster and the reward when he’s turned in. The men on the ship try to catch them but John B. and Sara get away before they are caught.

Back in Outer Banks, JJ (Rudy Panknow), Kiara (Madison Bailey), and Pope (Johnathan Daviss) still think that their two best friends are dead, when they really are running from the cops. After getting an odd letter that took them to Charleston, the gang’s back together after so many months apart. Ward (Charles Esten) and Rafe (Drew Starky) are still living with the secret of killing the Sheriff, and many other ones.

This season is back with more exciting plots, mysteries, love triangles, and new characters. If one season isn’t enough, you’re in luck with another one to satisfy your binge watching. If you watch this, then you can spread the word that John B. is back.