Lights Down, Spirits Up 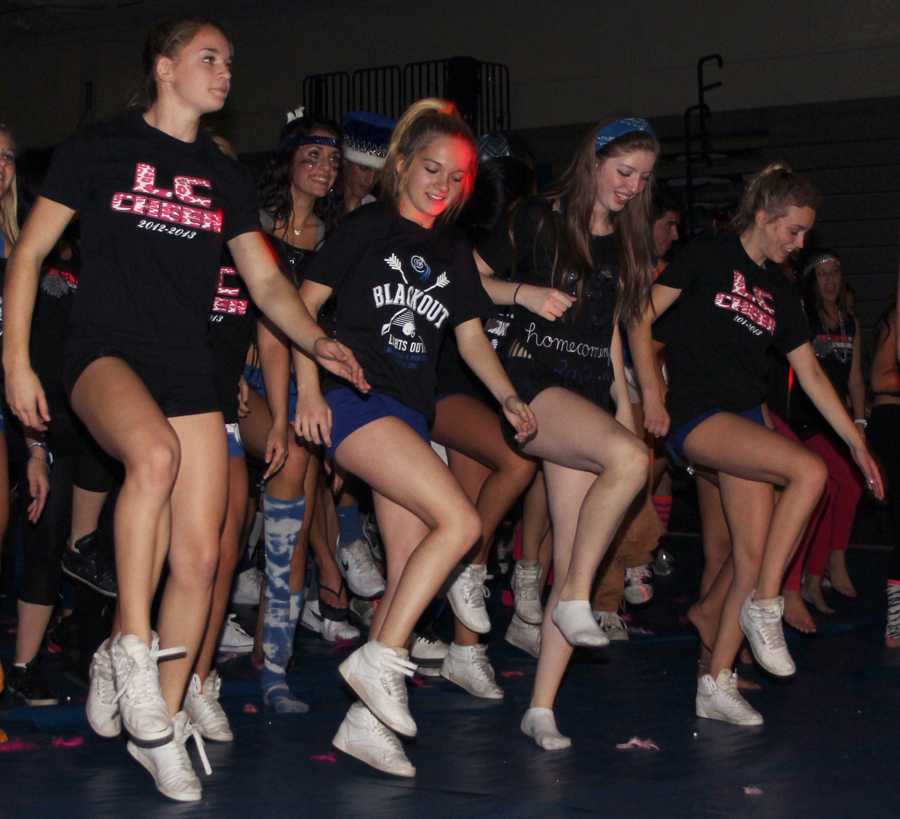 The students of Lake Central celebrated at the homecoming dance on Sept. 28, after the football victory over Chesterton, 35-12.

“It was a lot of fun to be able to be with my six best friends, make shirts, and dance the night away,” Alexandra Trevino (12) said.

Last year was the first time the football team had won the Homecoming game since 2007, and this year, the students planned to keep the tradition going.

“Winning made the dance more enjoyable. I would have gone to the dance either way, but it was more fun because we won,” Brian Rice (11) said.

The dance started at 8:30 p.m. and continued until 11 p.m. The disc jockey of the night was the usual Mr. Jim Rainbolt.

“I think the music this year was pretty much the same as last year’s. I felt like the last song should have been something we could all ‘get weird to,’ but instead, it was the Casper Slide,” Rice said.

Even with the lights off and popular music, there were still students who opted not to attend the dance and made other plans.

“I didn’t go to the homecoming dance, because none of my friends were going. We went to someone’s house instead and played bean bags,” Noah Sarkey (11) said.