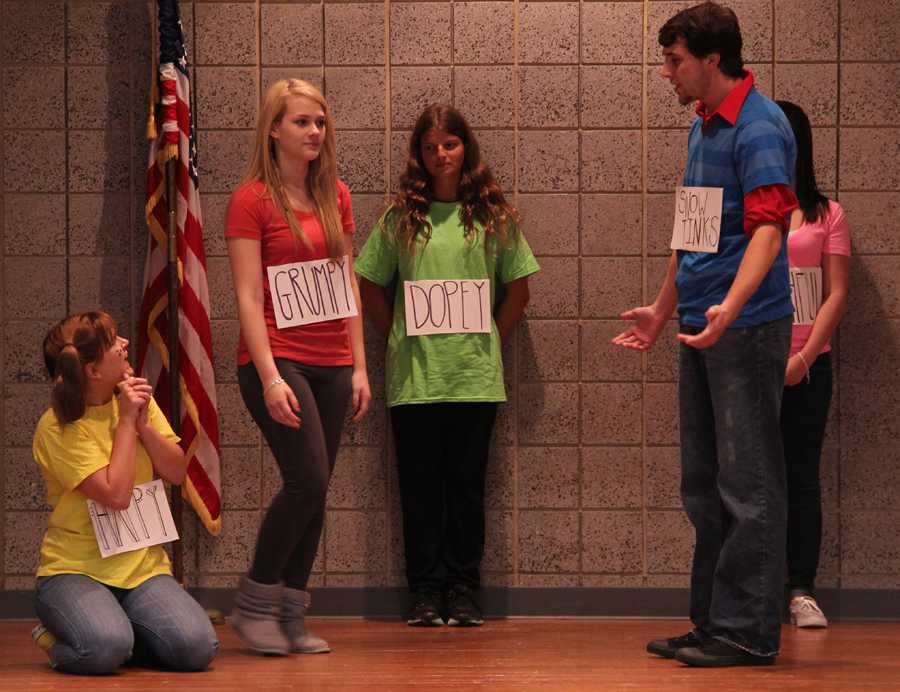 Mia Djeldum (12), Kearney Fagan (12), and Alex Tinklenberg (12) act out a scene at the improv show. Their group dressed up as “Snow Tinks and the Seven Dwarfs” to highlight the night’s Halloween theme.

A slice of pizza, a cow, and the seven dwarfs took the stage for the first improvisation show of the season on Oct. 2 in the LGI.

The show featured three groups, Mission Improvable, Home Improvment, and Hakuna Improva. Each took the stage for a combination of long-form improv (which features full scenes formed around audience suggestions) and improv games.

“[We] practice different scenarios, like if [the audience] says this, or if they say something else. It’s improv, so it’s all off the top of our heads, and you really can’t prepare for those kinds of things,” Prowse said.

To get into the show, the cost was three dollars or three cans of food. The cans helped benefit the charity Trick or Treat So Kids Can Eat.

“When everyone’s energized, and have practiced well, and we’re ready to go, we work really well together,” Jacob Quintanilla (12) said.