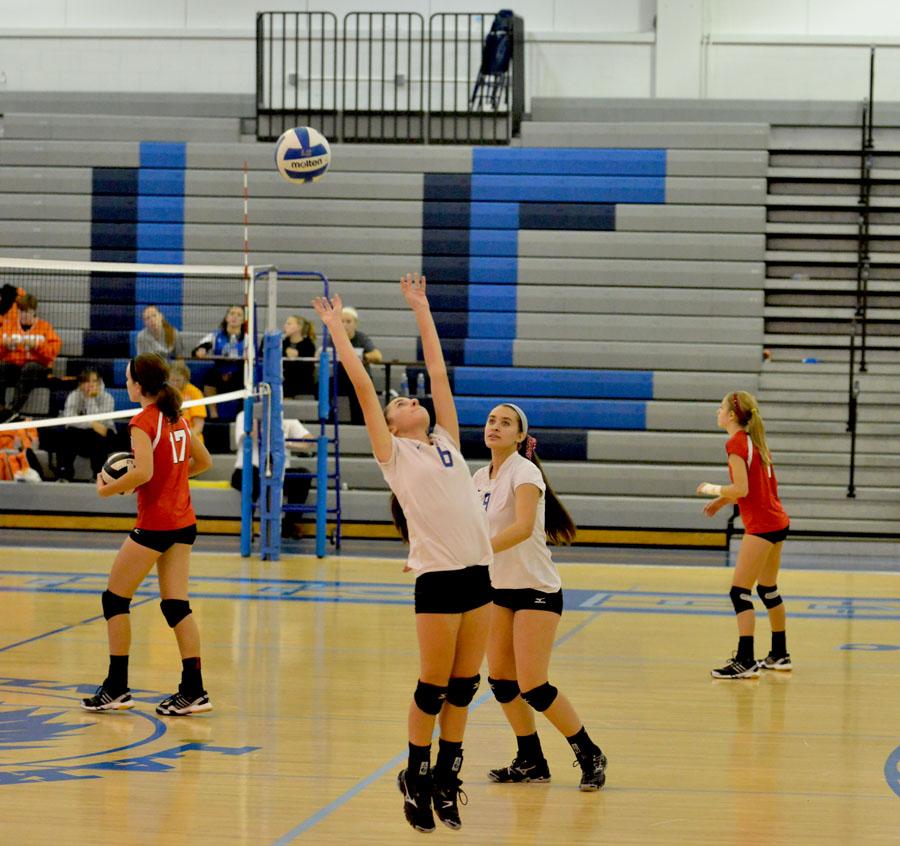 Rachel Gross (9) sets the ball during the team’s warm-up before the tournament. Both Rachel Gross and Maddie Hirschfield (9) are setters on the Freshman team.

After a long day of four matches, the tournament was over, and the freshman volleyball team’s undefeated record fell to 25-1 after they lost the championship game against Valparaiso on Saturday, Sept. 29. The team won three of out the four matches at the tournament.

“We were all kind of depressed. We felt there was no reason anymore, because our goal was to have an undefeated season, and losing just put us all down,” Jacqueline Eader (9) said.

The teams will play next Tuesday to decide which team will take the title of No. 1 in the region

The Valparaiso team lost its only game against Lake Central on Sept. 13, so the teams are neck and neck for the spot.

“We are going to be so fired up to win. We will just play the hardest game we can,” Rachel Gross (9) said.”

Although the team lost that very close match, the girls are proud of how far they have come this season.

“We beat ourselves. It wasn’t the team that was better than us. We played better than them,” Eader said.

The team will play its next game at LaPorte on Thursday, October. 4.