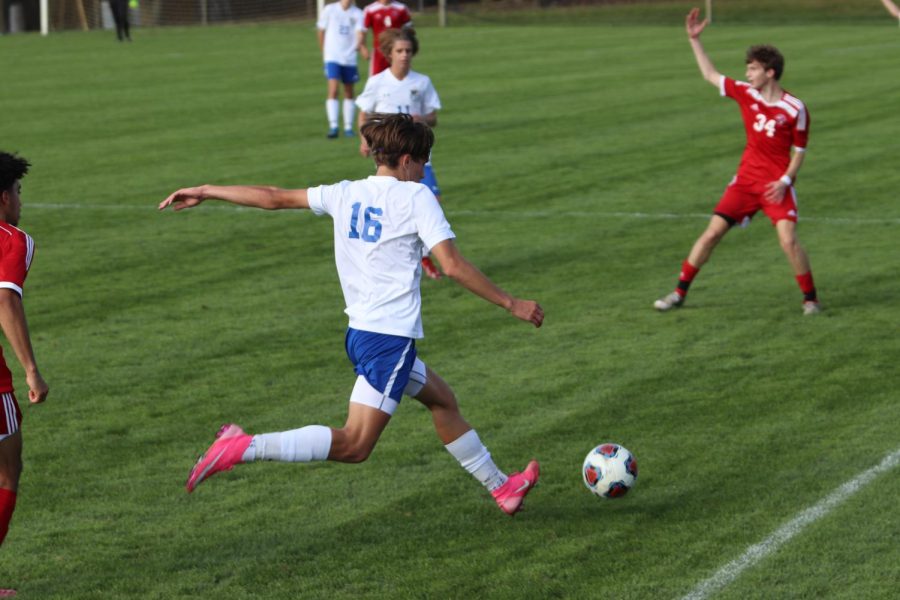 Michael Milijevic (10) is running up to kick the ball. He kicked it to another player.

Varsity boys soccer played their last sectional game for the season last Saturday. Fighting hard, but losing to Munster 0-1.It was a tough game for the boys, especially since the score was close, but the teamwork really shone through the whole game.

“I feel throughout the season [our] teamwork was very good, but in the last game we were just lacking it compared to other games.” Charlie Newton (10) said.

The boys realize that teamwork is a powerful trait that will help them either win or lose as a team. Those moments the team spends on the field is cherished by each of the players.

“I feel like although we lost, we realized that we win as a team and lose as a team, and we shared good moments together and unfortunately we have to share those moments together too.” Miller Knestrict (10) said.

Even with this loss, the boys look forward to next season and the challenges they will face. The team feels that they will learn from their experiences and grow as a team and as players.

“I’m very excited for next season considering that I’ll finally be an upperclassman and that our team will bring a lot of talent and hard work.” Charlie Newton (10) said.