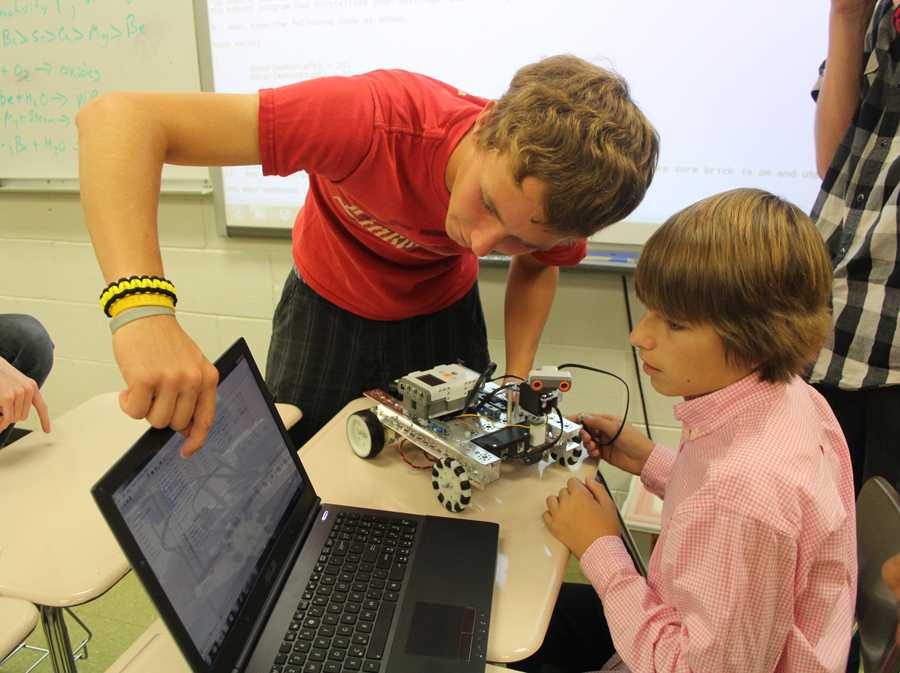 Chase Owczarzak (10) watches as Daniel Shanks (12) explains a control on the robot. Robotics club started preparing for their competition in March.

The robotics club has been hard at work preparing for this year’s competition, holding meetings every Wednesday.

The club is fairly new, having been established only last November when a few students brought the idea to Mr. Kendal Smith, Science, who agreed to sponsor the club. Despite being new, robotics clubs has grasped the interest of students.

“I joined [robotics club] because it seems like a good thing to get into, and the robots interest me because there is an infinite amount of things to do with them,” Chase Owczarzak (10) said.

Because it is still early in the year, the former members of the club must get the new members familiar with what the club entails.

“We are preparing ideas for this year’s robot and teaching new members how to work and build them,” Daniel Shanks (12) said.

While it may seem like playing with robots is a simple task, the club has provided useful knowledge to its members.

“It has given me a lot of problem solving experience, and I am able to troubleshoot the problems, which I wouldn’t be able to learn in school,” Shanks said.

The club’s state tournament will be on March 2, 2013 at Purdue University.