A Night of Confessions 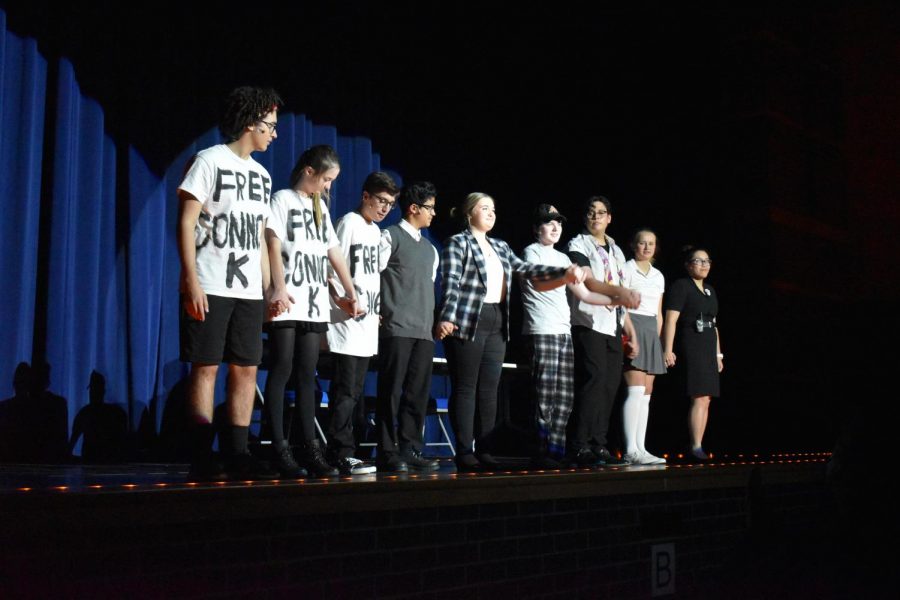 The actors in Confessions bow. The plot centered around a teacher who was trying to get a kid to confess to a crime he did not know he did.

The drama department has put on two, one-act plays, Confessions and And Then There Was One. While they are both being performed four times over the weekend only, “Confessions” will go on to compete at regionals.

“Confessions is more of a drama while And Then There Was One is more of an overtop spoof/comedy. It’s hilarious,” Stef Marin (12) said.

The show was done four times. There were three plays with the main cast and then one play for understudies to get a chance to shine.

The preparation for the play has been a lot, with two practices every week and people building sets and wardrobe on Saturdays. Mr. Bob Gustas, Director of Fall Shows and International Thespian Society Sponsor, while in charge of orchestrating the two plays at the same time, made sure to acknowledge the students.

“It’s a lot of fun and a lot of work, they get all the credit, they work and I just watch and laugh,” Mr. Gustas said.

While the show has gone smoothly there is some worry over the musical next semester. There is debate over whether or not the play is a good choice.

“I usually do the musicals but right now, I’m contemplating whether or not I actually want to do that,” Ava Wilson (11) said.