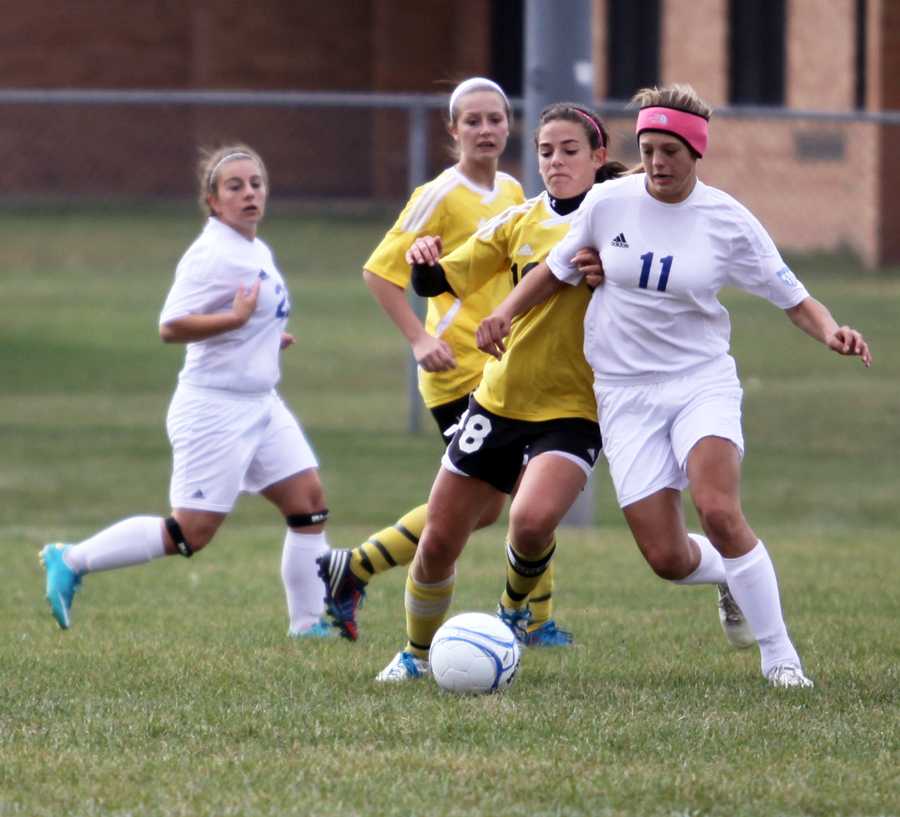 Michelle Wartman (12) battles for the ball against a Griffith offender. The Lady Indians played with determination to advance to Regionals.

Shannon Freedom (12) kicked the girls off to a great start, scoring the first goal within the first four minutes of the game. Alisha Donovan (10) and Tarah Hamby (10) scored the next two goals, bringing the team to a score of 3-0.

“We kept pushing for it. We didn’t want to lose so we worked our hardest,” Megan Mundell (11) said.

The girls didn’t stop scoring there. As Sarah Triveline (10) was crossing the ball, Griffith tried to head it off the box, but instead made a goal for Lake Central.

“It was shocking for that to happen to that kind of game,” Tarah Hamby (10) said.

It was then that Griffith started stepping up to the plate. In the second half of the game, they scored two goals, but it was not enough to defeat the Lady Indians. The score finalized at 4-2, leaving the girls at their third year as sectional champions.

The Lady Indians compete against one of their biggest competitors, Valparaiso, next Saturday, Oct. 13 at home for Regionals.