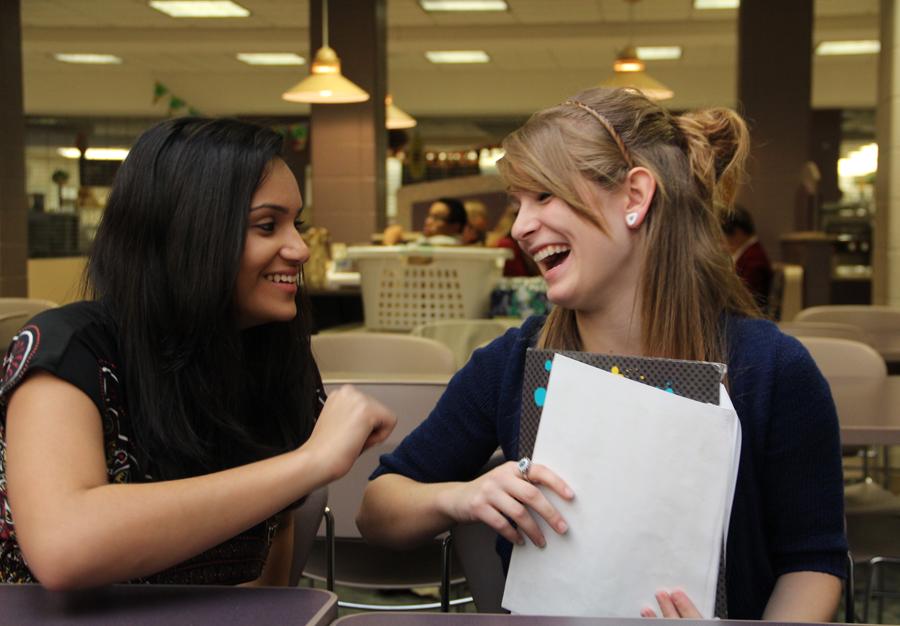 Niji Shah (9) and Amanda Mitcheltree (9) review spellbowl words from the 3,000 word list before their competition on October 15, 2012. LC placed second in their division at the competition.

LC’s Spell Bowl team put their knowledge to the test on Monday, Oct. 15 when they traveled to Gavit High School for their annual competition sponsored by Purdue University.

Meeting once a week, the team prepared by trying to memorize as many words off of the 3,000 word list as possible. At the competition, 10 members from each team take their turn and spell the nine words that they are given.

“I definitely expected competition, and I know a lot of the other teams work really hard during the year just like we do, so I figured it’d be tough. However, since I competed last year, the format of the competition wasn’t really anything new,” Meri Dodevska (12) said.

LC finished with a score of 50, putting them in second place in their division behind Munster High School. The team was awarded ribbons for their effort.

“I am proud, because we did better than LC did last year. Next year I will start studying the words right when the list comes out,” Amanda Mitcheltree (9) said.

The team hopes to advance past the first round of competition next year.