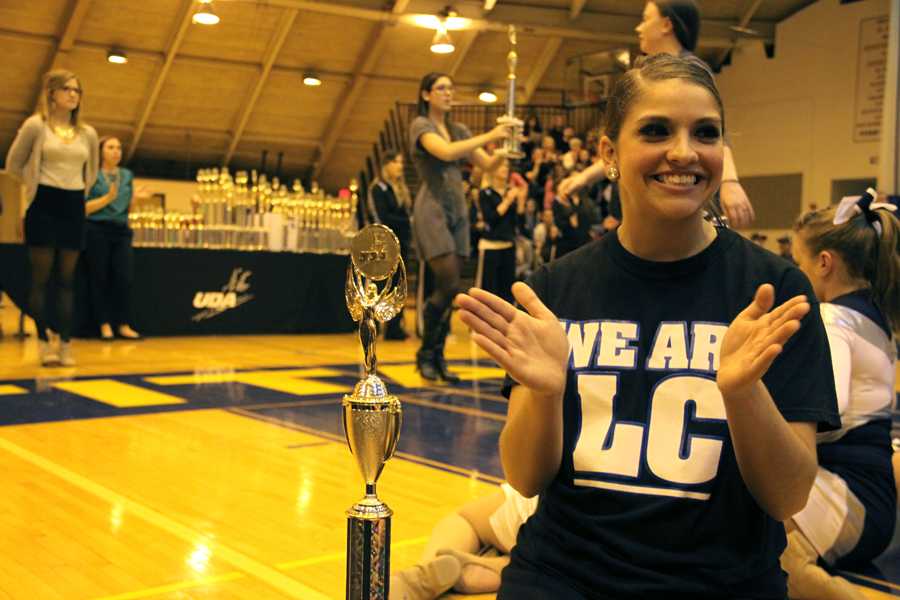 The varsity and JV dance team had their first competition on Sunday, Nov. 11, at Glenbrook South High School in Glenview, Ill. Because this was the girls’ first time performing in front of judges and receiving scores, nerves,expectations and hopes were held high.

The Centralettes have been attending practices since August and have even been putting in extra hours on the weekend to prepare for this competition. Usually, both teams do not begin competing until early December, but coach and director Kevin Mathis encouraged them to get out and win.

“It gives us a chance to gain experience,” Mathis said.

The varsity Centralettes performed in the large varsity jazz division where they competed against six other high schools. In the hip-hop category however, they were the only high school competing in the division.

“Even though we didn’t compete, it helped to get out on the floor so we can go over our forms and get in front of an audience. The judges were still critiquing us, so we did our best,” Michelle Gentz (11) said.

The junior varsity Centralettes performed in the large junior varsity jazz division and competed against two other teams. Like the varsity team, they had no competition in the hip-hop category.

After a long day filled with hairspray, make-up and bobby pins, the award ceremony finally came around. Varsity and junior varsity were awarded first place in both their jazz and hip-hop categories.

“I was happy and excited that the year was off to a good start. It felt good to win our first competition,” Courtney Carlson (10) said.

Along with all the first place trophies, the varsity Centralettes also received an award for having the most overall crowd appeal of the competition. The girls’ next competition will be Dec. 1.