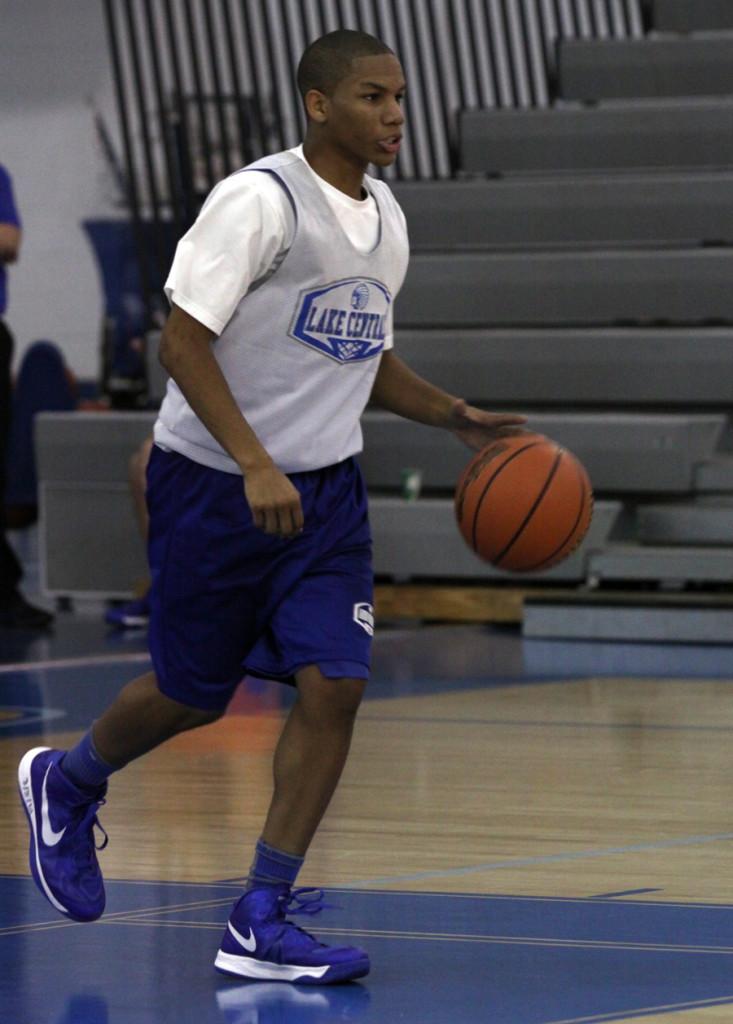 Joseph Bannister (10) dribbles the ball down the court at the scrimmage against Hobart. The boys dominated the court in the second quarter by shutting out the other team.

On Thursday, Nov. 15, the boys varsity basketball team scrimmaged against Hobart at Lake Central. The boys seemed to be on their game, shutting the other team out completely in the second quarter.

“I think [the game] went really well. We’re doing a lot of conditioning, and we’re just getting back into the swing of things,” Ryan Burvan (12) said.

This game was different from the average Friday night event. Each quarter had a different focus and rules are altered.

The boys are gearing up for a new season with new varsity players.

“Our team is still young, but they have a lot of experience, and I think we’ll be better than last year,” Burvan said.

The next game is away at Gary West Side on Wednesday Nov. 21.