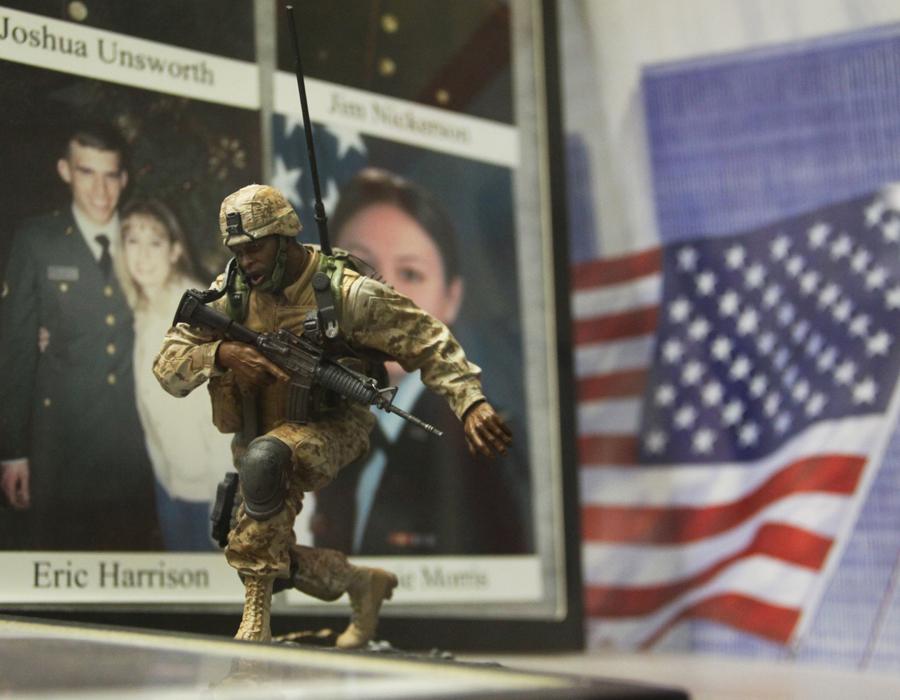 An army figurine sits in the display case outside the library. The case held many photos of current/past recruiters in the U.S. military that once went to Lake Central, honoring them for their dedication and courage.

On Nov. 11, America celebrated its 58th Veteran’s Day. Mr. Tom Clark, Social Studies, set up the annual display of collections of former Lake Central students that have served or are currently serving in the military to continue his tradition.

The intention behind the exhibition was more than just to carry on the tradition; it delved deeper.

“The display [was] set up to show the sacrifices [of men and women]. There’s some that gave the ultimate sacrifice and died, but there’s others that sacrifice a year of their life going away,” Clark said.

As most of his students know, Mr. Clark has had his own role in serving for our country. He served at the military police station in Germany from 1976-1979 and later returned in 2005 to serve in Afghanistan after the attack on 9/11 took place.

“When I was over there, I missed Lake Central and my family,” Clark said.

Many former Lake Central students have taken part in serving for our country, but not all of them have survived. Lake Central 2010 graduate, Sergio Perez, was killed in Afghanistan in July of this year. His memorial is displayed in the library case in A-Hall in honor of his bravery.