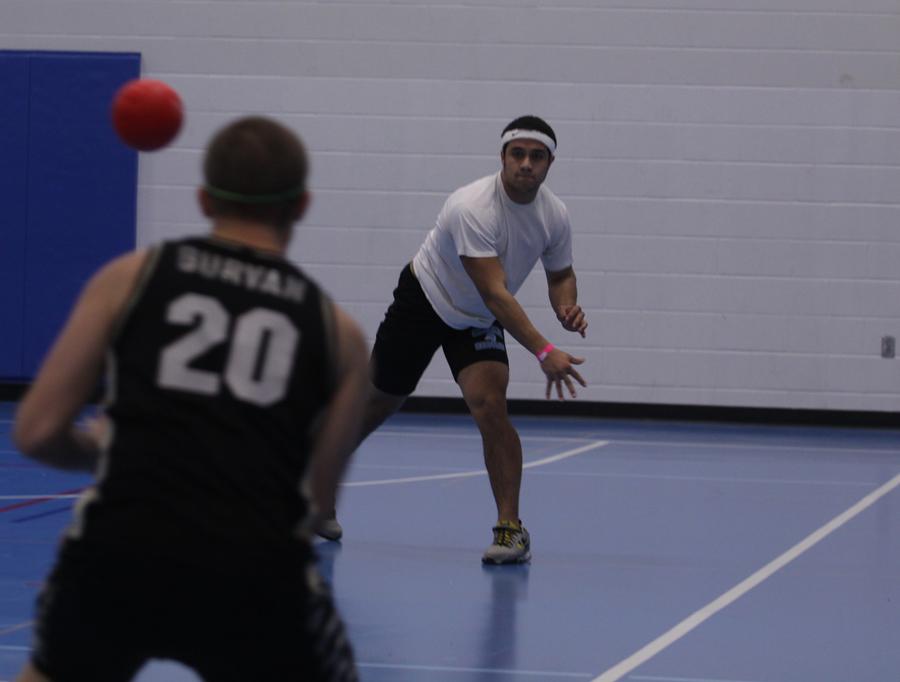 After school on Nov. 30, the annual Dodgeball Tournament was held in the upstairs gym. To participate, all players were required to pay a $5 fee that benefited the food drive.

The generosity of this event was the only incentive some, like Eric Minyard (12) of the team The Kamikazes, needed to sign up.

“[I decided to play, because] I thought it would be a fun way to help out the food drive,” Eric Minyard said.

Randomly drawing teams to play against one another, the tournament consisted of a two bracket system: winners and losers. Teams who won their first game moved into the winners bracket, whereas those who were defeated were then placed into the losers bracket.

Once the tournament got down to the finals, the two teams left standing were Chips & Salsa and Clutch Kids. Playing the best two out of three, Chips & Salsa emerged victorious when Antonio Majstrov (12) eliminated the last two players standing from the other team, Alexander Mantel (11) and then Dominic Spigolon (12).

“It feels great to beat the other baseball players,” Majstorov (12) said.

Excited over their quick victory, the team cheered in celebration.