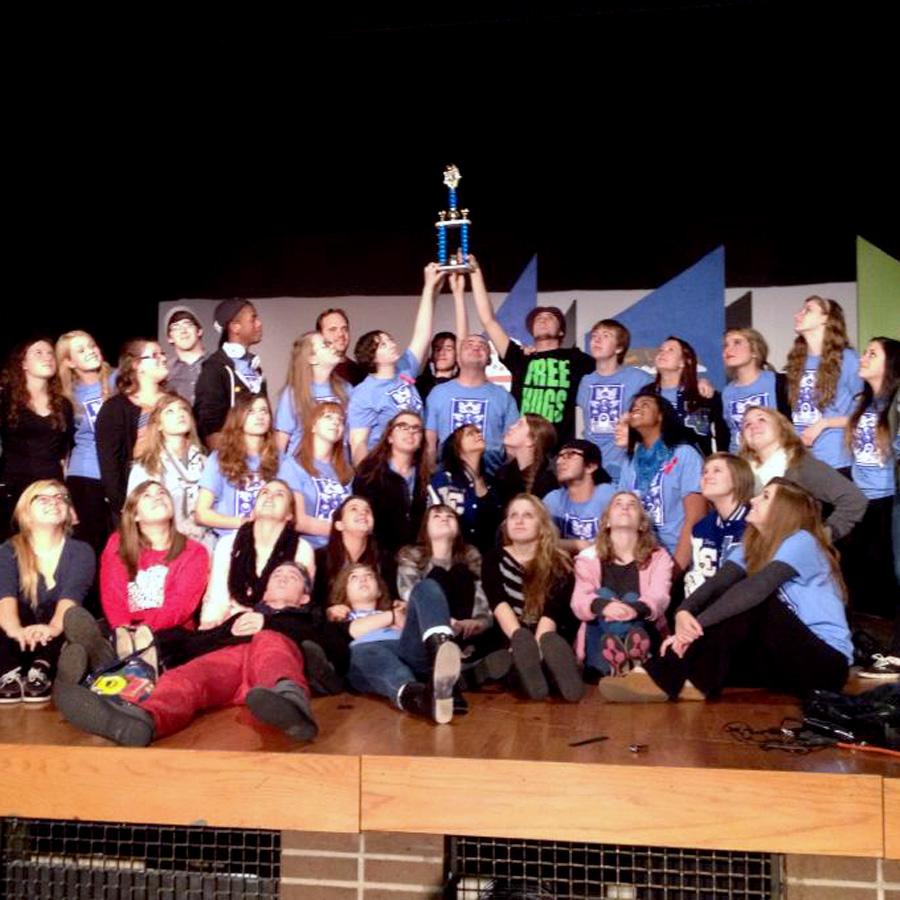 The Lake Central Theater Company (LCTC) traveled to Purdue University-West Lafayette this weekend to compete for the title of Regional Champions. The Company walked away from the competition with it’s first regional victory.

“[When the announcer said we won], at first I stood up and started screaming, but I didn’t really know for what. Then, I saw Richanne Matthews (12) with the trophy, and I realized it was us who won 1st place and I started to cry,” Paige Kruk (11) said.

The Company left early Saturday morning in order to arrive at Purdue with enough time to reassemble the set of Harvey Girls, their group entry. Around 1 p.m., the Company began performing.

“We wanted to win for Jon Guzman, because he was a part of the show. It was the best moment in my life so far,” Kruk said.

It wasn’t until later that the Company learned they had not only won the regional title, but had also won the Best Ensemble and the Best Technical Elements awards.