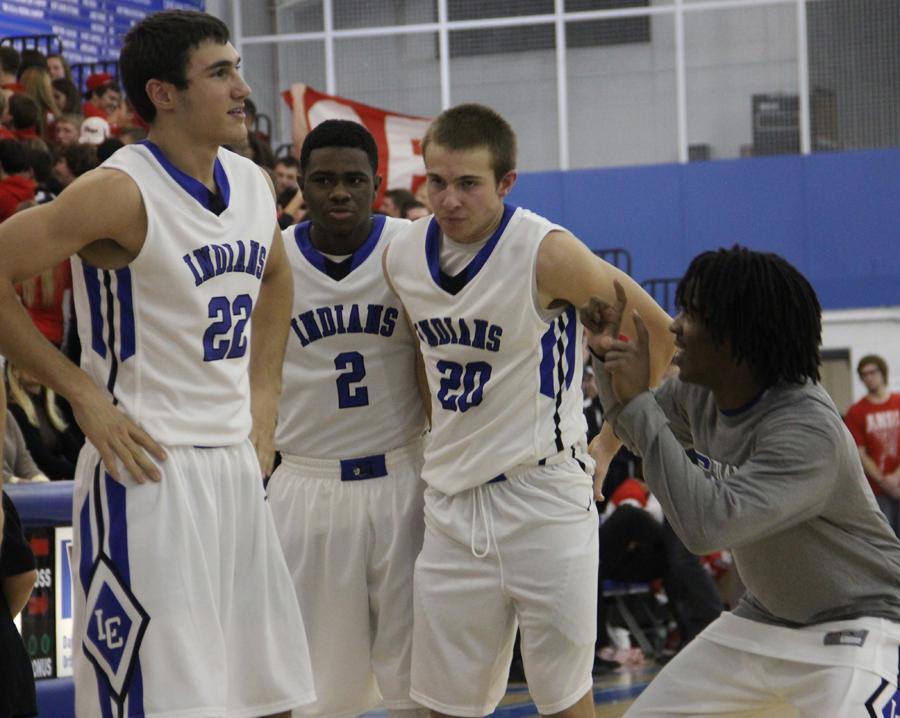 The varsity boys basketball team overcame Crown Point on Friday, Dec.7 , defeating the Bulldogs with a score of 65-44.

“We had great energy and were able to force a lot of turnovers. It was a team effort tonight,” Coach Dave Milausnic said.

“I was able to stay out of foul trouble tonight, and that worked out well for me,” Wideman said.

The Indians also had a major contribution from 3-point range, going 7-19 as a team from beyond the arc. Matthew Meneghetti (11), went 4-7 from “downtown” and finished with 12 points.

“The play where I got fouled while I shot the three-pointer felt great. Like butter,” Meneghetti said.

Meneghetti is accustomed to being the first man coming off the bench because of his shooting prowess, but was called on to start Friday night’s game.

“It felt good getting the start tonight. It’s something I have to be ready for at all times,” Meneghetti said.

The Tribe has two games this week, both against DAC rivals. They head to Chesterton on Tuesday, Dec. 11, and will pack their bags for Merrillville on Friday, Dec. 14.