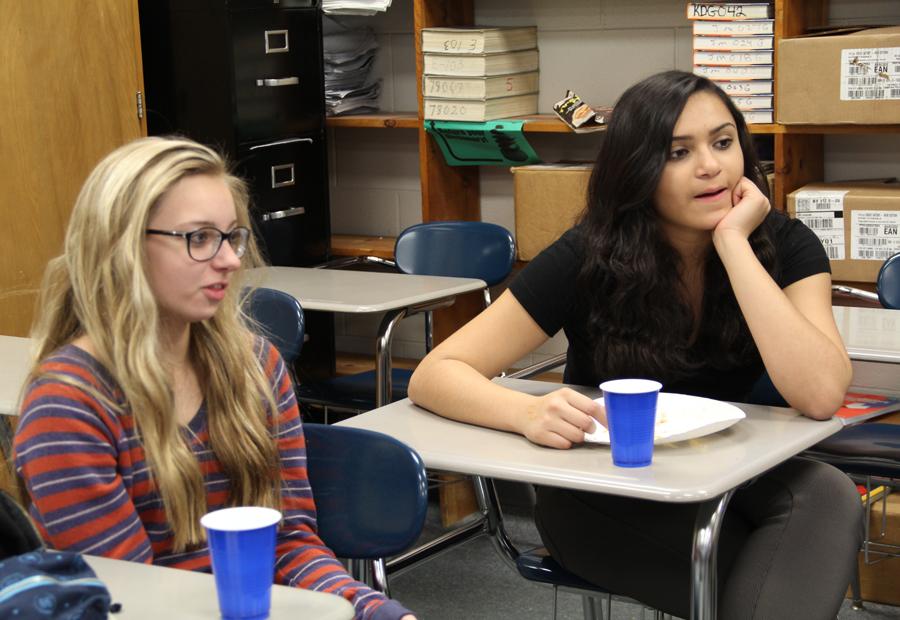 Chelsey Schmock (9) and Niji Shah (9) reminisce about their spell bowl season this year. The team placed second at their annual competition.

The spell bowl team reunited on Thursday Dec. 13 to celebrate their success this season with a pizza party and reminisced about the hard work they put forward to prepare for their competition.

Although the competition was almost two months ago, the club wanted to celebrate their second place finish. They met in Mr. Jack Moorhouse’s, English, room and discussed their accomplishments, as well as what they hope to achieve next year.

“[Spell Bowl] was fun because some of my friends were in the club as well. I feel like we could have done better this year, but everyone put a lot of effort into it,” Rayyan Karim (9) said.

Moorhouse made it known how proud he was of the team.

“Until you’re in the actual setting of the competition, you don’t know how nervous you’ll be, so I think we did really well. We will miss our departing seniors,” Moorhouse said.

The team hopes to continue their success into next year, and plans to start reviewing the new list of words when it is released in May.