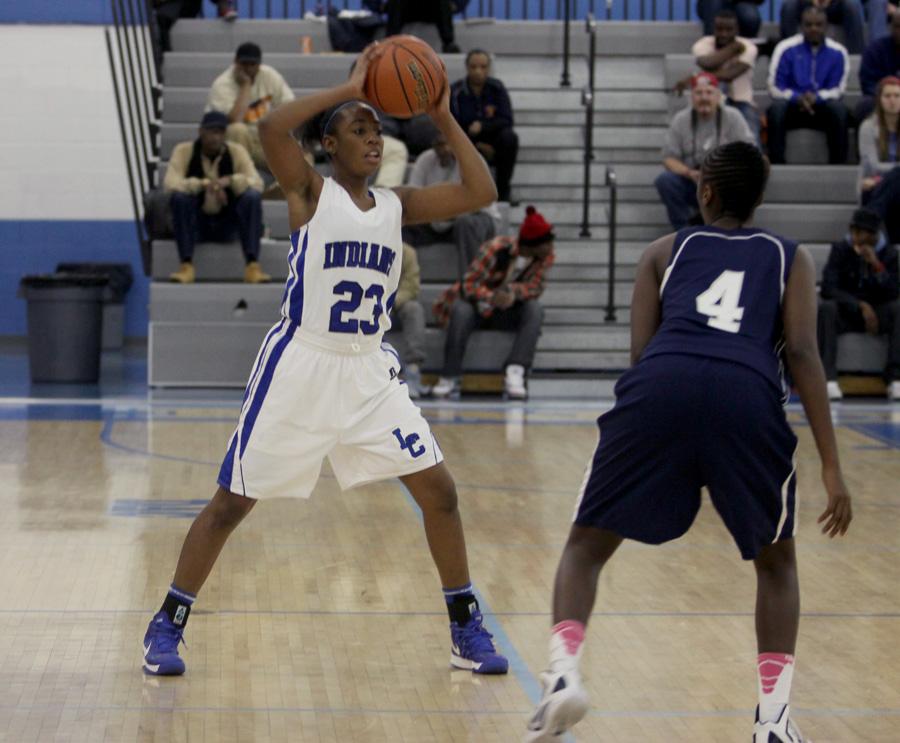 Rolanda Curington (11) scans the court for a teammate to take the ball while being defended by a Michigan City player. The Lady Indians took everyone by surprise by winning the game, 60-50, after an earlier loss to Michigan City.

Earlier in the season, the Indians lost to the Wolves 72-42, and they came into the game to avenge the loss. After a 30 minute delay due to a bus breakdown, the game was underway, and the Indians played their best.

“The game went well. They were expected to win, and we were the underdogs. We needed to play one of our best games to win,” Gina Rubino (10) said.

Tara Zlotkowski (10) led the team in scoring with 15 points and got taken out of the game with about one minute left due to a fall.

“The first time we played them, we were not as prepared as we were this time. We used our time wisely over the Christmas break, and our coaches made sure we were prepared to play,” Jessica Bell (12).

The next game will be on Jan. 12 against the Crown Point Bulldogs at home.